Mt Taygetus and the Pendadhaktilo Ridge 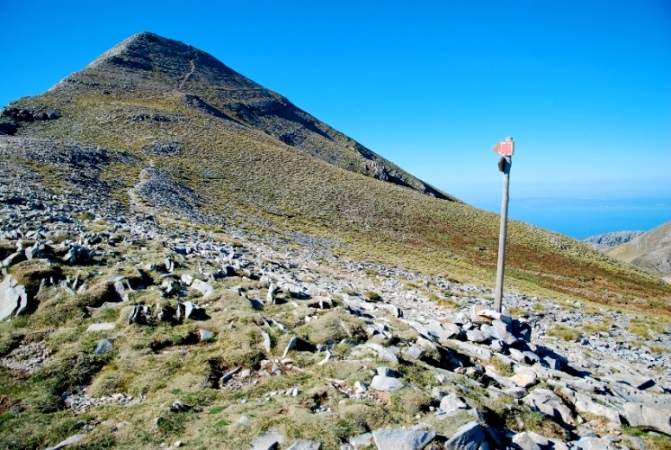 Taygetus (or Taygetos) is, confusingly, both a range running 100km or so north-south to form the backbone of the Peloponnese's central southern peninsula and the mountain which is its highest peak. It separates the northern ("outer") Mani to its west from the Laconian plain south of Sparta, and plays host to the southern "inner" Mani.

We are concerned here with the high massif at its heart, which separates the Laconian plain south of Sparta from the Messinian west coast around Kardamyli. This is the region's highest land, the serrated Pendadhaktilo ridge (named because of its appearance of having five knuckles) at its heart, with peaks over 2,000m and culminating in that instantly recognizable landmark, the often snow-striated pyramid of 2,407m Profitis Ilias (ie the Prophet Elijah, also called Mt Taygetus).

These are extraordinarily wild and rough limestone mountains, which rise sharply in steep foothills riddled with gorges. The peaks are tough, harsh broken limestone, the slopes covered in attractive and interesting scrub and forests, as well as areas of terracing and olive groves, evidence of the hardscrabble lives of its inhabitants. The springtime wild flowers are famous, with good cause as Walkopedia can attest. We reckon you will need to add to your estimated walk timings to allow for due admiration of nature's works of art.

What people these inhabitants were - see our Taygetus and the Mani​ page for more information on them. Their villages are scattered across the foothills and are linked by a network of kalderimi, old paved mule tracks, which are a hugely atmospheric testament to the area's busy past and make for glorious walking.

The high ridge is only accessible May to October unless you are prepared for snow; and be ready for storms and difficult weather at any time of year. There are all sorts of ways of tackling the upper slopes: here are the best (or best known, anyway)

The Pendadhaktilo ridge is the centre of the range, and a traverse of it must be the most exciting walk in the area, albeit a tough and demanding hike. It can be done in 2 days if you get transport to roadheads up the mountain, but taking 4 days to walk in and out is ideal, as the slopes contain magical walking it would be negligent not to enjoy having got here. This walk is (as usual) well written up in Cicerone's The Mountains of Greece (Tim Salmon with Michael Cullen). Their recommended route involves: Day1 -  a 3 hr walk in from Mystras to Anavriti via the dramatic Langadhiotissa gorge, a fantastic hike through impeccable scenery and taking in a cave-chapel and monastery as well as historic Anavriti village (also walkable as a day walk - see Tracks to Anavriti); Day 2 - the big one, a tough, waterless 8-10hr slog up to the high ridge and  thrilling traverse along it. You will need to camp on high near Profitis Ilias, or drop nearly 1,000m to a refuge (which is locked and needs booking); Day 3 - another demanding if shorter (6hrs-ish) day ending up at the Vassiliki forest, Day 4 - exit either east (allowing you to head back to a car if you have one) or west toward Kardamyli (be warned, this involves descending some distance of the very rough Viros Gorge).

Profitis IIias: if you want to bag the range's highest peak as a day walk, you will need to start from the refuge at Ayia Varvara, which itself will need a 4WD transport. So, if needs planning. It is a tough slog (900m-worth) on rough, harshly beautiful slopes. The views from the top (on a good day!) are as you would expect, though: marvellous. (Expect drifts of ice-snow all year.)

Tsarkos (North Pendadhaktilo ridge): climbable from Anavriti in a day (6-7hrs). Either a there-and-back, or you can make a circuit. 950m of height gain and loss. A superb day for those who want to hit the high ground and experience the magnificence of the high range without the struggle and organizational issues with the traverse of the ridge. See the Cicerone book, again.

The E4 long distance route (a concept rendered pretty pointless (and indeed little-walked at any length) by as yet being a series of unjoined-up waking glories) runs along the eastern slopes, from Mystras to Ghythio, on the middle-to-upper slopes for much of the time. It would make a marvellous multi-dayer, or you could make a number of excellent day walks along stretches of it.

Day walks on the western flanks:

Day walks on the eastern flanks:

Have a look at TripAdvisor – there are tens of millions of reviews, so you may get good, current views on guides, places to hike and places to stay in the area. 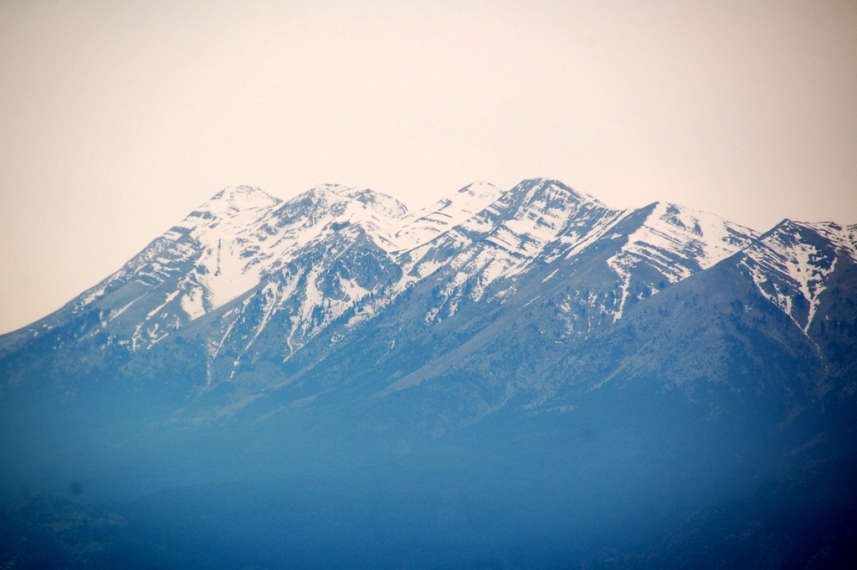 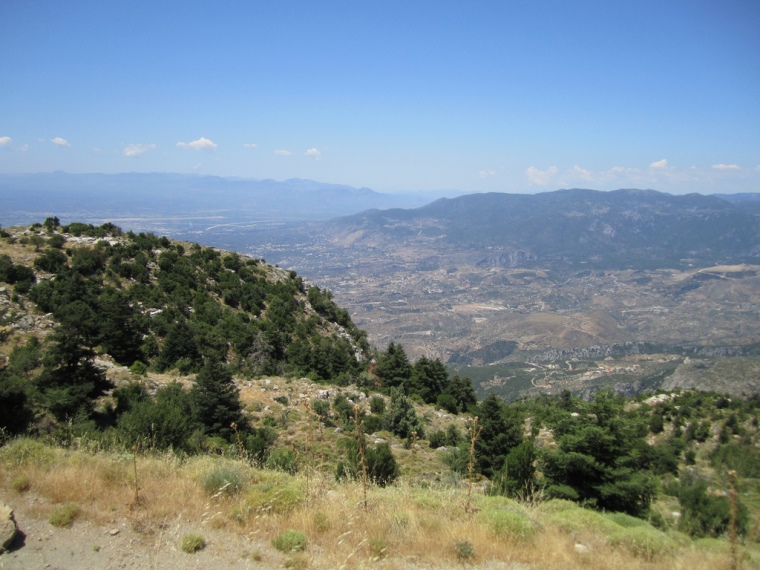 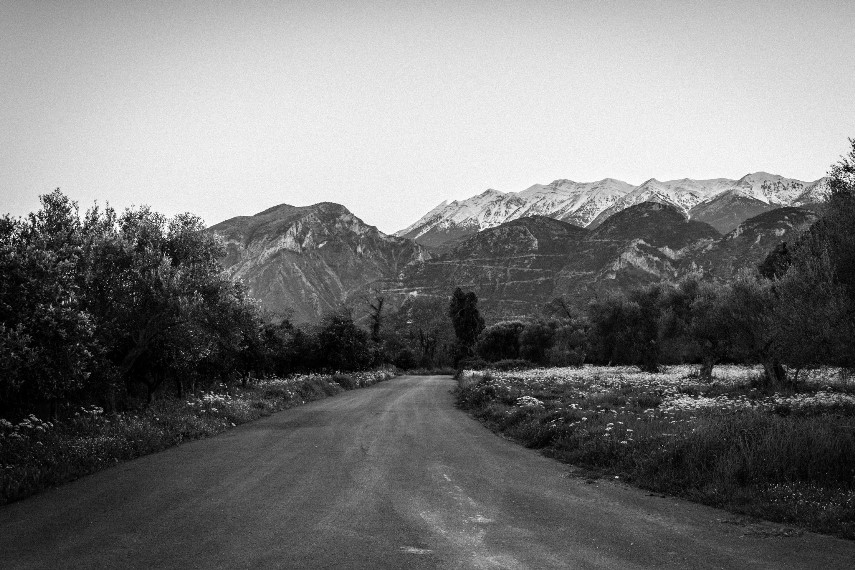