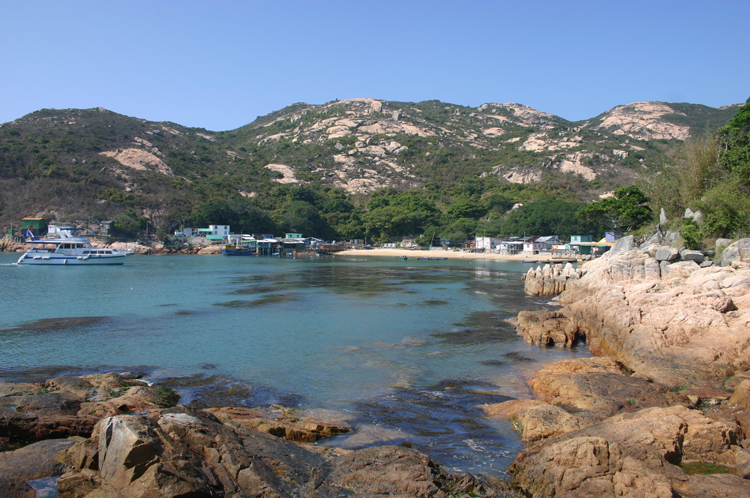 There are irregular ferries from Stanley and Aberdeen during the week, with quite a lot on Sundays, when it will as a result be more crowded. The island is almost empty at other times. If you are very lucky, you will find a boat to take you there midweek.

On landing, potter around the dishevelled remains of the village a few very old people still live there, with some token nets and the odd line of drying squid. Check out the Tin Hau Temple on the promontory, now sadly often surrounded by the semi-permanent bamboo structures for the annual festival for this Daoist fishermans deity.

Plan to take time to eat delicious, simple, fresh squid and prawns at the timeless Ming Kee restaurant on the village beach.

Then, its the tramp up the ridge above the temple, through patches of azalea shrub alternating with smooth slopes of orange granite, the view increasingly thrilling as it opens out across the channel to rugged Beaufort Island, with its smooth, plunging granite slopes, and the distant mountains of Hong Kong through the haze.

The rough plateau at the top is often full of bands of cheeping but invisible birds. You swing around the high ridge, joining the depressing concreted and hand-railed main path a genuine blight to follow the main ridge round and down to the southern promontory, which often wrestles with a surprisingly dramatic swell from the west. Stop to splash in a pretty little sandy cove, have a look at 3,500-year-old rock carvings, then return through the abandoned little terraces and fine Banyan trees of the villages outskirts.

A 2 hr delight, including a cove stop.

See any of our Hong Kong pages, e.g. The Peak or Mt Violet, for further information including practicalities. 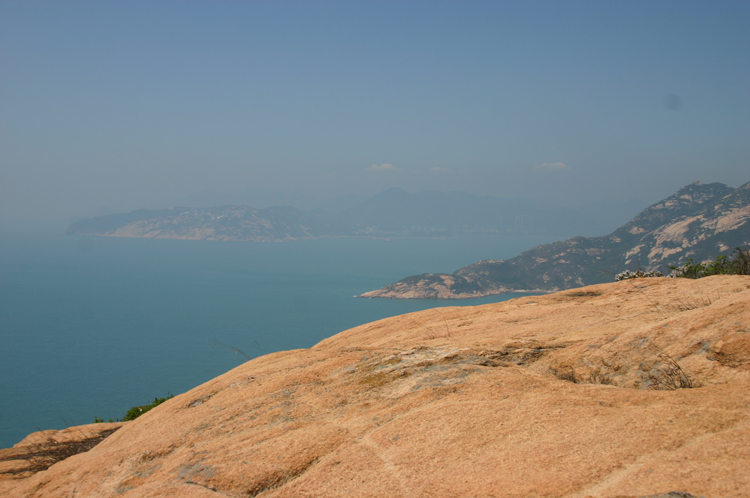 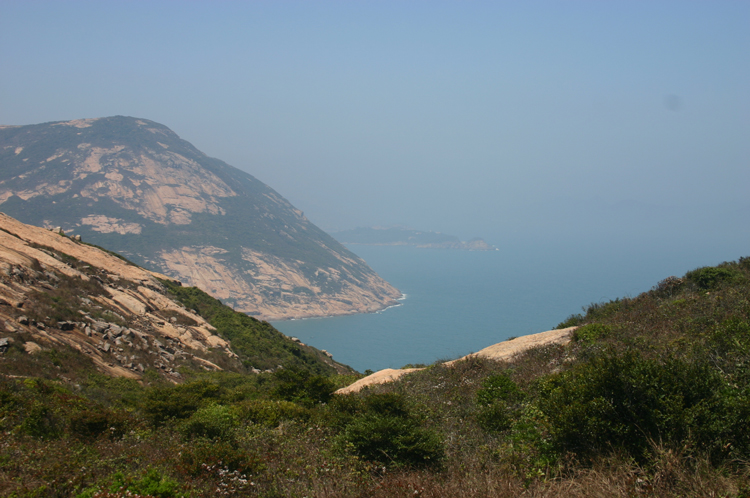