, is more remote and very special, although the walk to it is longer and tougher. * Beautiful mountain scenery, colourful indigenous people, history and tragic romance: these walks have it all. * These are tough walks in high, remote mountains, on which you will have to be self sufficient and where altitude can cause real problems. Come prepared. " /> 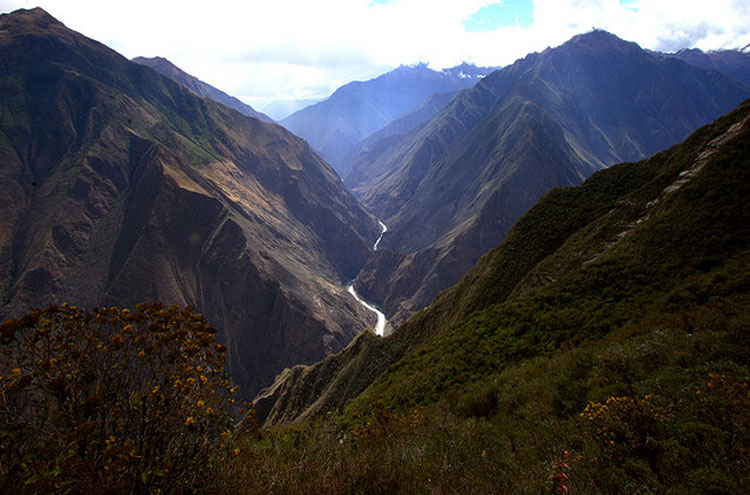 The Inca civilization may have been mysterious, illiterate and short-lived (1300s to 1525), but its dominion was huge while it lasted, stretching some 5,500km north to south, and it left a remarkable legacy of stone temples, forts, palaces, cities, terraces and roads, sculpture, magnificent textiles and metalwork.

Their road system - some 33,000km of it - ran, famously, throughout their mountain empire, and traces can be found as far afield as 's . With Cuzco as the Inca capital, the road system in its area was particularly extensive, with a huge amount of trekking along the ancient systems available today, including of course the world-famous Inca Trail to Machu Picchu.

Despite the encroachments, the lost city of remains a miraculous place, perched at 2,400m on its Andean shoulder high above the river, nestling around the iconic (sorry) Huayna Picchu rock spire.

The origins and purpose of the site are still controversial. The consensus now appears to be that, rather than the stronghold of the rebel-refugee Incas from the Spanish, it was a lost city-province that managed to remain concealed from the marauding conquistadors: not just itself, but other towns, forts, and of course roads. And that the city was primarily a sacred site rather than a stronghold.

Walking in to is one of the most moving (even spiritual) and thrilling journeys you can make - albeit tough. All routes involve crossing high(ish) passes in steep, tough mountains. Altitude will at a minimum make you suffer a bit on the higher routes.

The scenery ranges from huge views across high Andean ridges towards giant snowy peaks (indeed, you are right in under them on some of the trails) to deep gorges crammed with steamy jungle. Climb vast puna slopes - the treeless mountain-grassland - to the wild cloud forests of the high . The Classic Inca Trail passes through one of the few remaining areas of indigenous Andean Polylepis forests during the ascent to Dead Woman's Pass.

Due to the massive range of altitudes (and thereby in climates), Andean flora and fauna boasts incredible diversity. The Machu Picchu Historical Sanctuary is a UNESCO World Heritage Site for its wildlife as well as its remains: 200 species of orchid, 400 species of butterfly, 700 of bird. In fact, the Sanctuary hosts almost 5% of the world's known bird species.

Most Inca Trails start from the spectacular railway from past the foot of . There are numerous options for walking into .

If you want to immerse yourself in Inca history and this superb landscape, but want to avoid the crowds at Machu Picchu, try:

You will need to camp out on these longer treks, so you will need to bring tents, sleeping bags, cooking kit and food as well as your personal possessions. The experienced and tough can do some of these routes themselves (organised expeditions are now compulsory on some), but most visitors hire a guide and/or porters. See "Practical Information" below.

, the ancient Inca capital, is high (3,360m), so take time to acclimatize. There is plenty to see and do, and some great shorter walks in the area to get you going (see the Trailblazer guide for ideas). The best known is what we call the Cuzco Ruins Trek, a route that takes in many important sites in the vicinity.

There are also fine hikes around the and further afield in the area (see the Trailblazer guide for ideas): all accounts and photos are welcome! An excellent (but demanding) example is the day trek to the high ruins of Hochuyqosqo.

This whole area - the "Sanctuary" - and local culture, as well as the Inca remains, is extremely vulnerable. Think carefully about everything you do. See our responsible travel page, and read up carefully in advance. 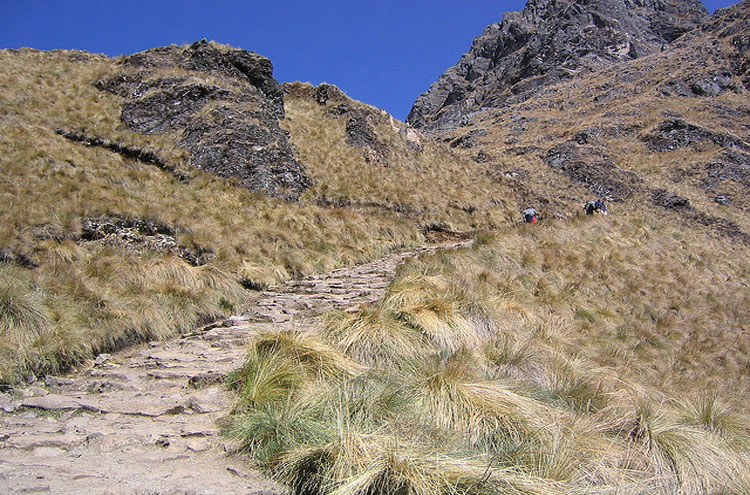 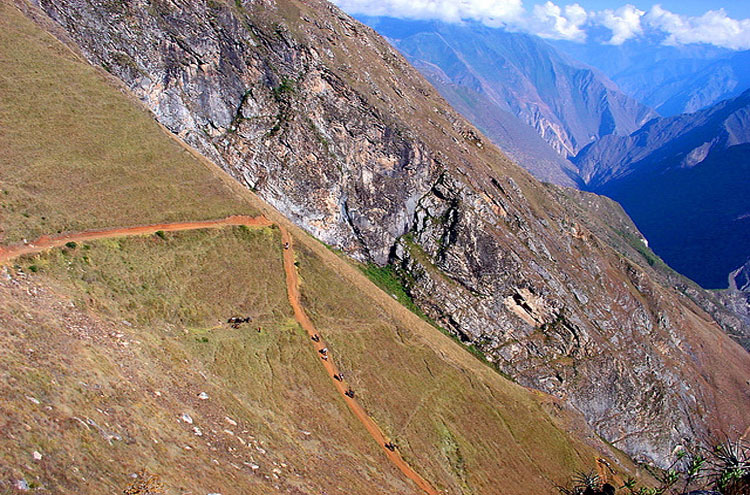 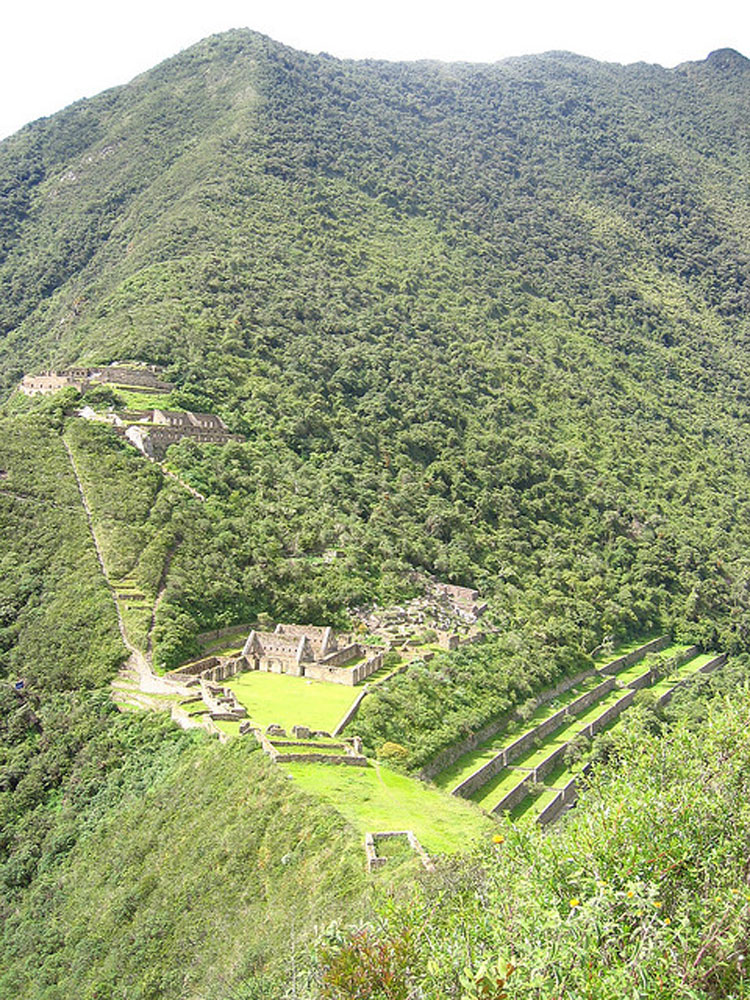