Kenya sits astride the equator in eastern Africa. It is named after dramatic and beautiful Mount Kenya, a vast extinct volcano which at 5,199m is Africa's second highest mountain.

Kenya is huge and varied, with expansive savannahs to the south-west and broiling near-desert to the north and north-east. Its central highlands are relatively temperate, growing tea among other crops. They are split by the vast Great Rift Valley, which runs for thousands of kilometres down eastern Africa. The coastal plains are hot and humid, with strong historic Arab influence at towns like Lamu.

Kenya is probably better known for its wildlife than anything else: from the herd-studded plains of the Maasai Mara and the elephant of Tsavo to a host of other reserves, to the hippos at Lake Baringo, to the teeming forests of Mount Kenya.

Kenya's history is inextricably tied up with British colonial rule, its spread, apogee and difficult end; and its aftermath. Since independence, Kenya has been under the sway of a series of powerful presidents. Kenya is a patchwork of tribes, the Kikuyu the largest and dominant grouping. There have been tribal tensions, and politics are corrupt and people poor, but the country and its economy have progressed greatly over the years. Education is producing huge benefits, but a rapidly increasing population poses the greatest long-term threat.

Walking, hiking and trekking in Kenya

Kenya has some of the world’s best walks, hikes and treks, ranging from famous mountain hiking and trekking trails, to geological absurdities, to walking safaris. Walking, hiking and trekking tours and holidays in Kenya are so varied that everyone’s taste and energy levels can be met.

Kenya isn't famous as a walking destination, except of course for magnificent Mount Kenya, which is high up our Top 100 list, but it has much to offer.

Walking safaris are one of Walkopedia's favourite pedestrian forms, although (as of 2017) only two were authorised in Kenya as a result of safety concerns.  See the Matthews Range Walking Safari

The Laikipia Plateau: a high, dry region which has moved towards conservation and sustainability in recent decades.

The rough, dry Matthews Range in the north is home to very special walking safaris.

Mount Elgon in the far west is Kenya's other well-known mountain walk. Another famous volcano with fine forests and cave elephants.

The Aberdare Range: forested hills sheltering a selection of large animals. The high ground is above the treeline and is heathery moorland with some of the extra-ordinary vegetation of Mount Kenya.

Best times to walk:  Generally, the drier and cooler (well, less hot) months of June to August, although they are high tourist seasons.  There are two rainy seasons, mid March to June (the “long rains”) and September/October (the “short rains”). November – Mid March are dry and hot. Walkopedia walked in the Matthews Range in early March, when it was very hot but manageable. There are some quite specific variations. The high country is cooler all year than the coast and lower areas. Vast Mount Kenya, creates its own weather.

With generally unmarked trails and any number of risks (including of missing something special), you would do well to have a guide in most trekking areas.

See the list below for a (currently incomplete – please give us your recommendations!) list of the best walks, treks and hikes in Kenya.  Various of these are in our world’s Top 100 list.

We intend that our walk pages contain detail and photos on walking, hiking or trekking routes, including books, best times and weather, how to get there, possible problems, walking, trekking and hiking firms, organisers and guides in Kenya, accommodation in Kenya and useful links. But this takes a lot of research, so if they are not "there" yet, please give us any suggestions you may have. 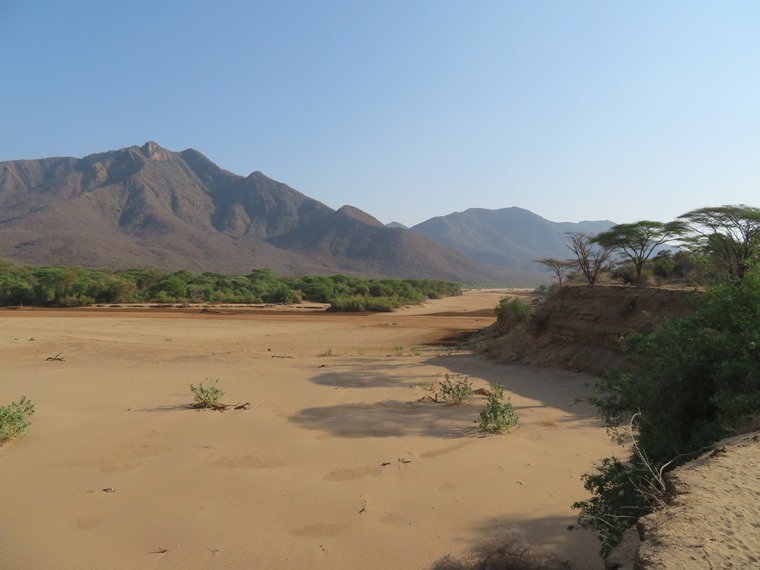 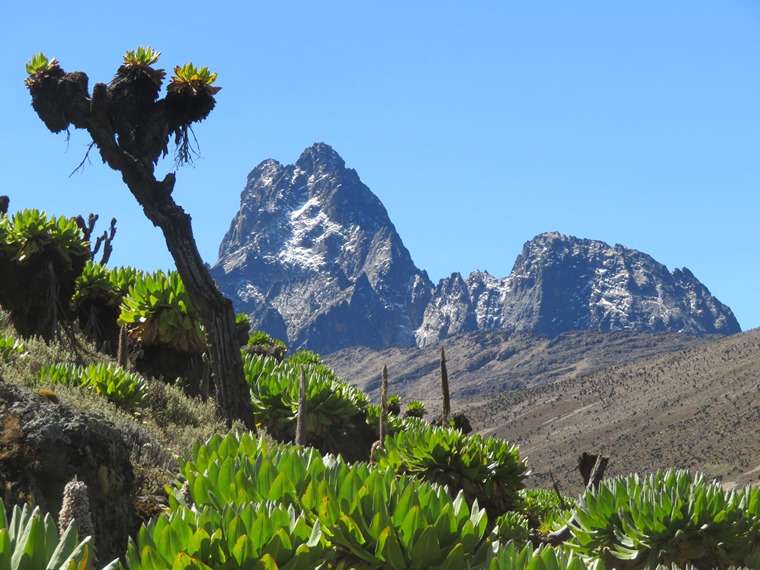 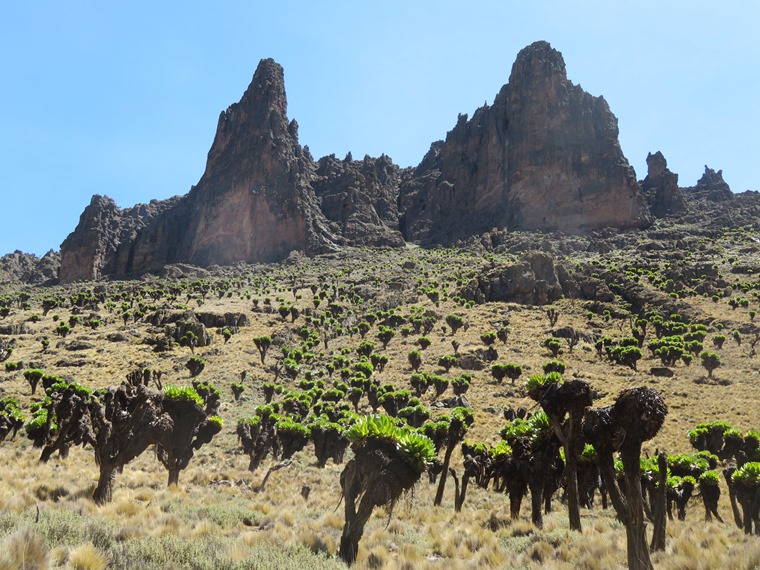