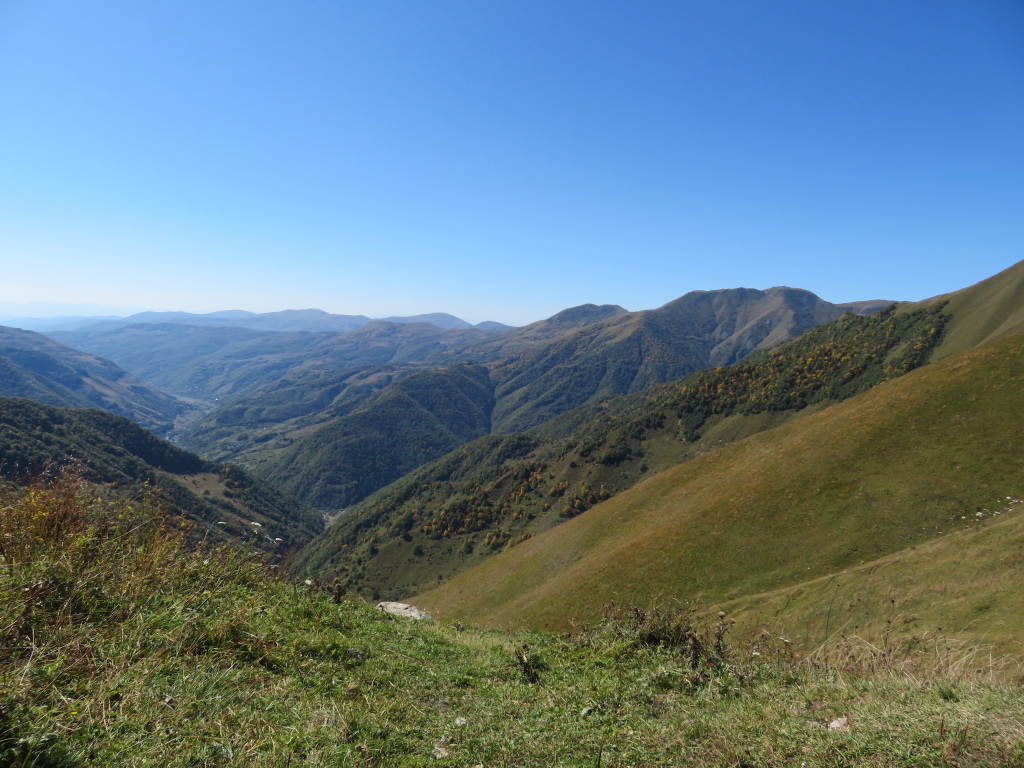 The C9 Lomisa Chapel is perched high on the ridge which forms the border with break-away South Ossetia, west of the Georgian Military Highway and Gudauri. It is a long, pretty-well unremitting, slog straight up the hillside from the valley bottom to the chapel some 750m above.

Beyond the carefully tended (yet scruffy) veg gardens above the village, you trudge up a long, steep meadow, to join a worn old track which angles steeply up through pretty beech and birch woodland. You emerge abruptly, above the local tree line, into vivid meadows, with views now laying claim to grandeur. It becomes a steadier climb, with some steep sections.

After some brief respite with a gentler detour around the hillside, it is a final push to reach the chapel, which is crouched and ancient, with a single, fat central pillar, rough dingy walls and tiny windows which recreate the feel of an Ethiopian rock-hewn church. In other words, it is dimly numinous. You may get a cup of tea with a resident monk.

Introduce yourself to the long ridges and valleys of South Ossetia, which is noticeably emptier and more wooded than Georgia. Enjoy views north along your ridge as it winds to the local peak, then on, very green and tempting, for a number of kilometres.  Almost anywhere else, it would be a famous ridge walk which people come to experience. But tourism is still in its early days here. It is startlingly pretty.

You can return the way you came, or descend the ridge to the north, down through long grass, dwarf rhododendrons and yellowing little birch, crossing above a ravine-head to drop along the ridge, through meadows and bright, varied woodland. Really gorgeous.

There are plenty of vignettes to enjoy. We passed a group including a naked-torsoed man with a large lamb slung over his shoulders in full Biblical manner, apparently on their way to sacrifice it at the chapel: pagan customs still survive, merged into Christian practices. In the gentler meadow at the bottom, a pair of peasants lean on huge scythes and rakes, talking slowly. Their diminutive hay piles were sharply shadowed and looked like malnourished Monets.

This is demanding walking in mountains with uncertain weather. Come prepared.

We are making another climb to a ridge, this time to the C9 Lomisa Chapel, which is perched high across the deep very long-named main valley,  on the ridge which forms the border with South Ossetia.

After a dull breakfast in our soulless ski hotel (one thing sadder than a ski resort in Summer is one under construction), we board our minibus at 9.10, and switchback down the sides of the beautiful long-named valley.

Just across the river, we begin the long, pretty-well unremitting, slog straight up the hillside towards the chapel some 750m above us. 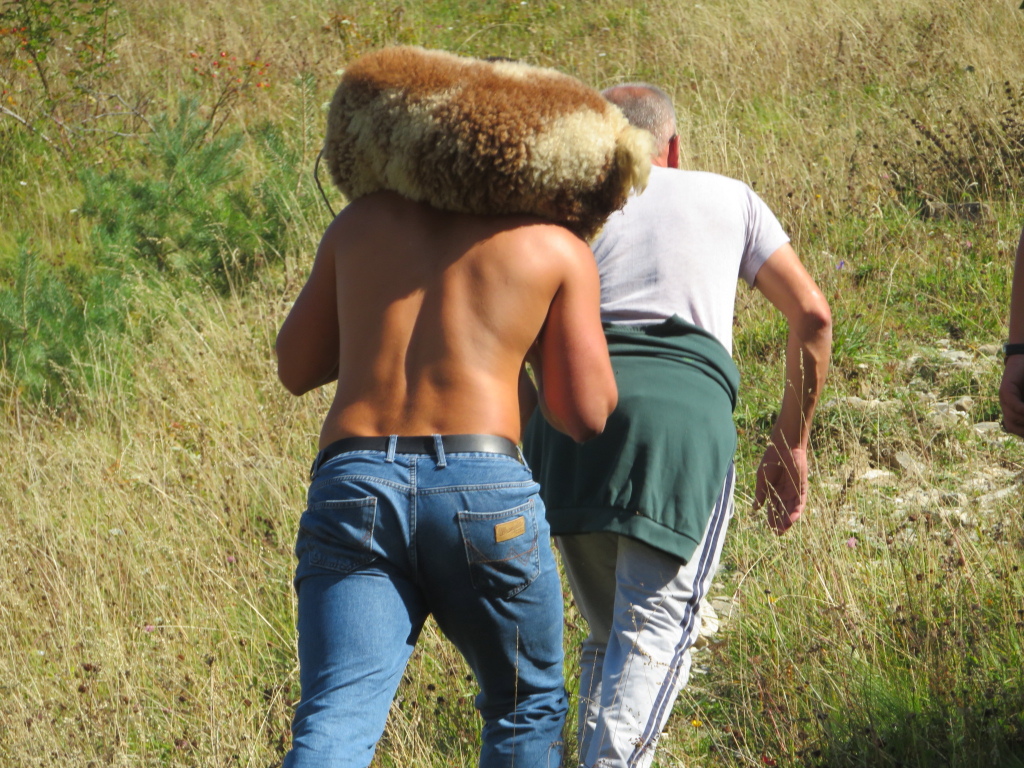 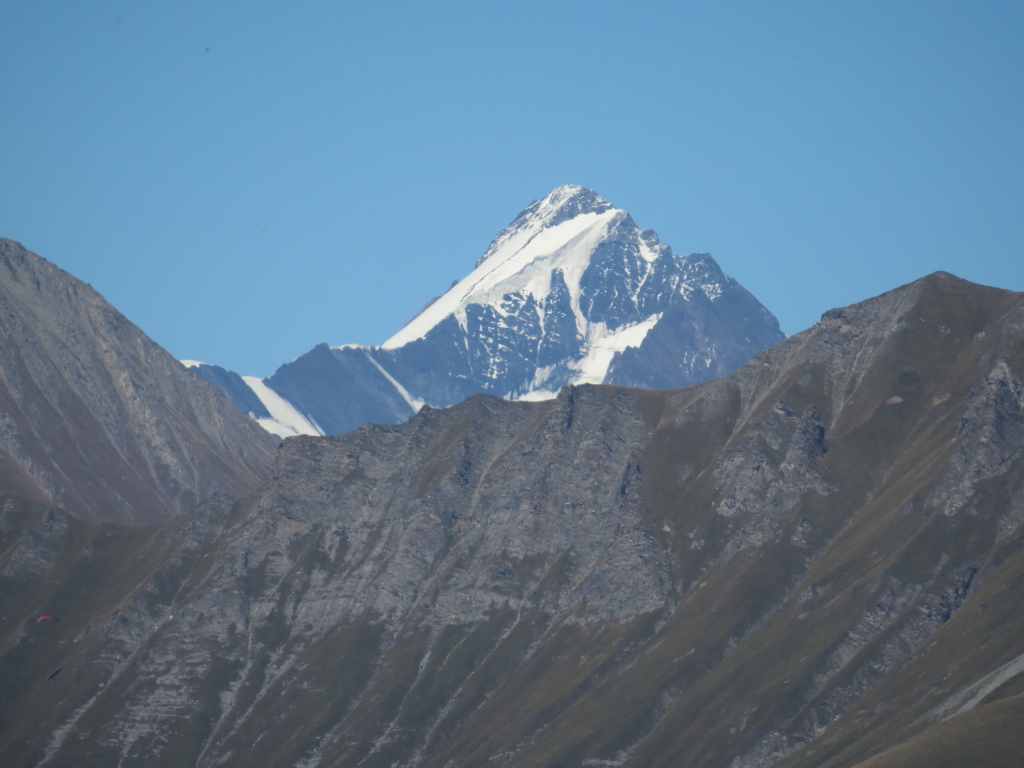 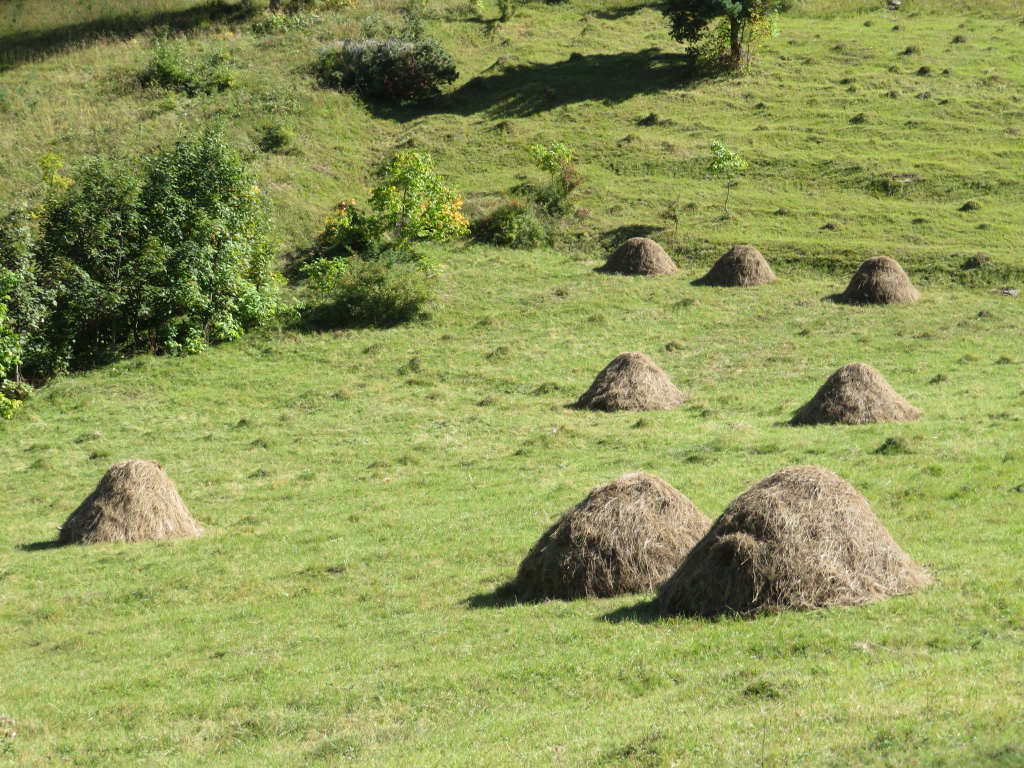 Other great walks in Georgia