Admired and laughed at (although not in equal measures) as a “nice” country, if worthily so, Canada is of course culturally interesting as well as physically glorious.

Canada’s cultural variety stems from its history: vivid remains of its indigenous cultures – not just the Inuits of the North, but many Native American tribes further south – vie with French Canada and the Anglophone majority who came with British domination.

Now an independent country which still has Britain’s monarch as its head of state, it in part defines itself by its differences from its noisy southern neighbour. Its relatively high-tax well-meaningness in particular.

Canada’s great glory is, of course, its natural world, the millions of empty square kilometres (Canada is the world's fourth largest country but has only 1/10 the population of the USA) of forest and lake, much of it inaccessible and snowbound for much of the year, as well as the famously dramatic Rocky Mountains and other ranges in British Columbia and Alberta. The incredibly remote north varies from the mountainous kind  (the Yukon of the North West,  which still boasts the gold-rush Chilkoot Trail), to the wind-blasted bleakness around Hudson Bay, with thousands of miles of forest and lake in between.

Canada’s huge size means that its extreme south is on the same latitude as Rome, and its far north is near the North Pole: from east to west, it ranges from the topmost dying-off of the Appalachian Mountains in Newfoundland, to the Great Lakes and St. Lawrence lowlands, to the endless, mega-fields and lovely if at-risk-of-monotonous forests of the Plains, to the vast mountain ranges of the West, including the Canadian Rockies, to wet and forested western coastline, including lovely but often soaking Vancouver. There are even desert badlands north and east of Calgary in Alberta.

Canada’s size also means you need to be selective and decide on strategic points to base yourself in.

No time of year is perfect for the whole country. Forget the long winter months, if it is walking you are there for. May and June, September and October, can be good for avoiding the summer extremes of the heartlands, but can be inaccessible on the high mountains, where the seasons are really short. Check out your planned destinations carefully.

Summer can see plagues of insects in some areas, such as black flies, mosquitoes, midges and deer flies, depending on weather conditions, humidity, and habitat.

Canada has things to fascinate everyone, children included. The variety of travel and tours you can make in Canada is as a result huge. We tell you about walking below, but have a look here for a selection of the Canada travel, tours, holidays and activities available.

Walking, hiking and trekking in Canada

Canada  has some of the world’s best walks, hikes and treks, ranging from famous mountain hiking and trekking trails such as the Esplanade Track, Rockwall Trail, Skyline Trail and The Burgess Highline Trail; to geological absurdities like the canyons of the Badlands ; to the famously gorgeous (Lake Louise); coastal beauties (the  West Coast Trail and Juan de Fuca Marine Trail) and even the historic (The Yukon’s Gold Rush Chilkoot Trail.)

So, walking, hiking and trekking tours and holidays in Canada are so varied that everyone’s taste and energy levels  can be met. Walking in Canada isn’t just for hard-nuts, although there is plenty to get their juices flowing. The lazy and youngsters alike will be enthralled by: Canada walking, trekking and hiking holidays and tours really can be for everyone.

See the list below for a (currently incomplete – please give us your recommendations!) list of the best walks, treks and hikes in Canada. Various of these are in our world’s Top 100 list.

We intend that our walk pages contain detail and photos on walking, hiking or trekking routes, including books, best times and weather, how to get there, possible problems, walking, trekking and hiking firms, organisers and guides in Canada, accommodation in Canada and useful links. But this takes a lot of research, so if they are not “there” yet, please give us any suggestions you may have.

-          The Rockies, which cover an enormous area of pristine wilderness, and are served by a various ‘known’ towns. Banff, although heavily touristed, is a pleasant and useful base, with many great walks in the area. These include Tunnel Mountain,  the Spray River Loop, Cascade Mountain and Cory Pass Loop.

-          To the North is less busy Jasper, where you can walk directly into the bush. Nearby are a number of challenging climbs, such as Mount Columbia (3,747m), the second highest peak in the Canadian Rockies and a fairly straightforward glacier walk in summer up the east face.

-          Elsewhere in The Rockies are famously beautiful Lake Louise and Moraine Lake, which are surprisingly unspoilt once away from the car parks. There are many superb walks in these areas.

-          The north and the north-west are pristine and generally inaccessible wilderness.

-          The Badlands of the eastern Alberta plains: deserts of strange but dramatic rocks and canyons, and a major fossil area. They can feel more Arizona than Canada. Horse Thief Canyon and Horseshoe Canyon are particularly worth visiting.

-          Saskatchewan is a prairie state with some lovely forested, lake-littered  landscape. Great walking areas include Prince Albert, Cypress Hills, the Canadian Shield and the Qu’Appelle Valley.

-          The state of Quebec boasts the Saguenay park, Parc des Hautes Gorges and the Grands Jardins.

Be prepared for meeting a bear: Canada has big populations of black bears and grizzly bears, as well as polar bears and other potentially dangerous animals.

We intend that our walk pages contain detail and photos on walking, hiking or trekking routes, including books, best times and weather, how to get there, possible problems, walking, trekking and hiking firms, organisers and guides in Canada, accommodation in Canada and useful links. But this takes a lot of research, so if they are not "there" yet, please give us any suggestions you may have. 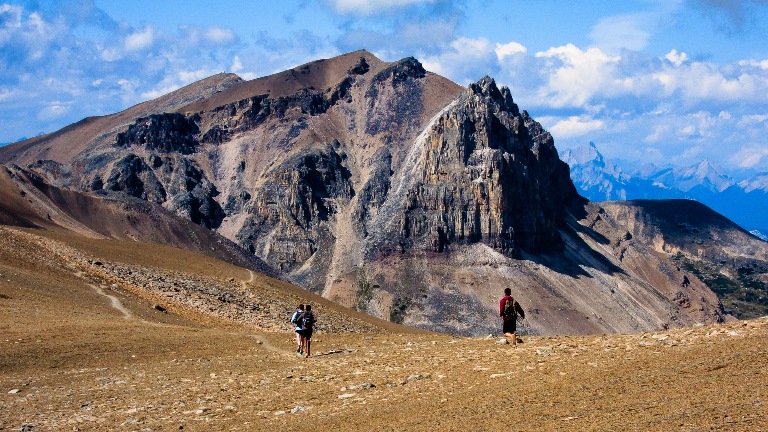 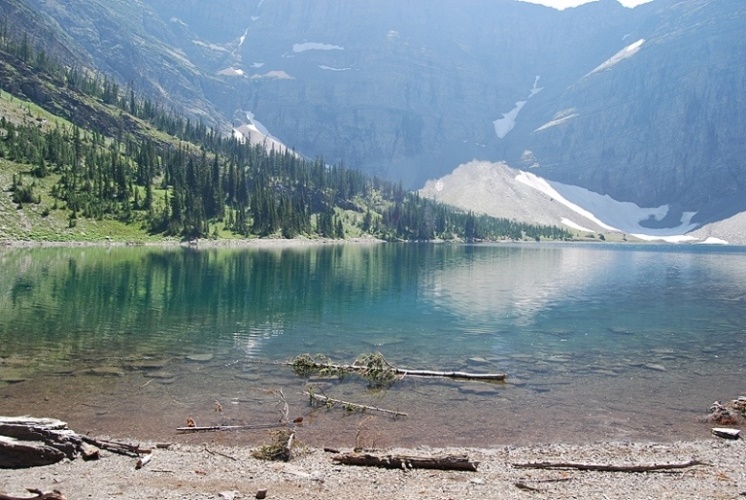