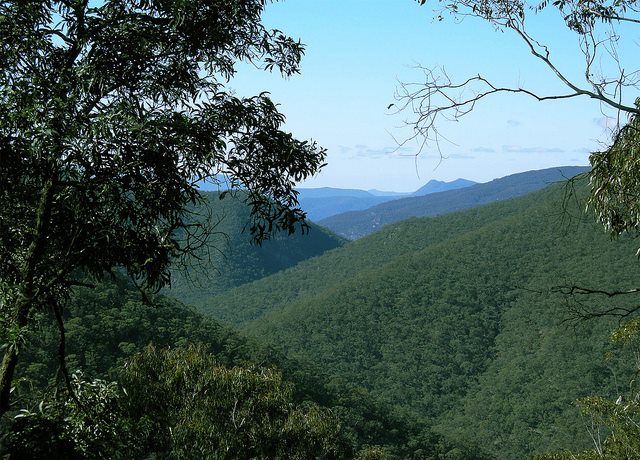 The Six Foot Track is a 44.3km walk, following a path cut from Katoomba through the Blue Mountains to Jenolan Caves. It aimed to create a more direct route to this popular tourist destination, and now takes about three days on foot. It is best walked in spring or autumn, as summer can be unbearably hot (bushfires are a risk) and winter is wet and cold.

The trail followed existing paths where possible, including old Brumby tracks, and winds its way through landscape often unchanged since the earliest European explorers pushed their way through two centuries ago. Much of the area is World Heritage listed; beautiful eucalyptus forests, Australian bush, valleys, waterfalls and cliffs, playing host to classic Aussie wildlife, including kangaroos, wallabies and wombats.

It begins at the Explorer's Tree, on which the first three European settlers to find a path across the Blue Mountains are said to have once carved their initials: Gregory Blaxland, William Lawson and William Charles Wentworth. Now a dead stump, ringed with a protective fence, this Eucalyptus has become something of a national symbol of early explorer history - in spite of the many doubts cast on its authenticity.

Walkers will make their way through thick eucalyptus forest and onto the floor of the Megalong Valley. Once home to Aboriginal people, the valley's landmarks often feature in their Gundungurra Dreaming stories. Here, you will also pass Megalong Village, an abandoned shale mining settlement from the late nineteenth and early twentieth centuries. After Cox's River the trail climbs again, to Mini-Mini Saddle, before dropping back to Alum Creek.

A steep ascent precedes the final section, following the line of the modern road to Jenolan closely before descending to the caves.

The walk is described in detail in Walking the World's Natural Wonders, edited by Jon Sparks. 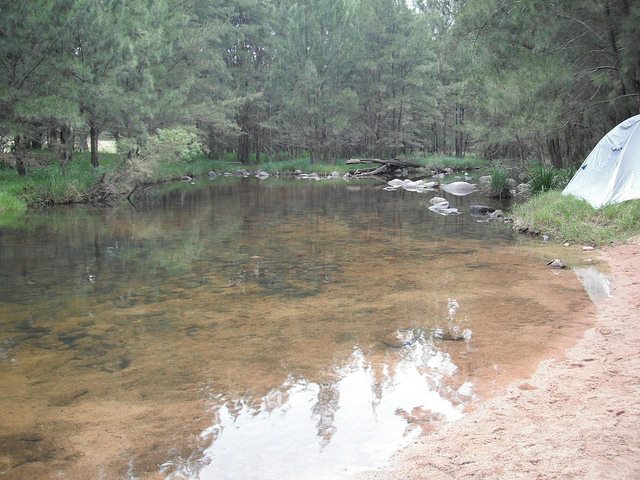 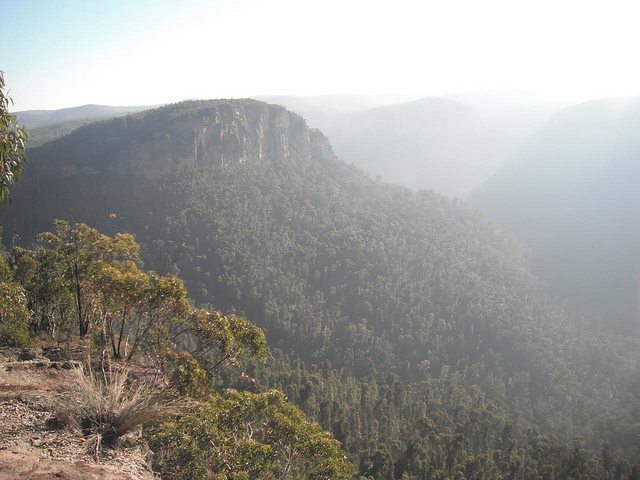 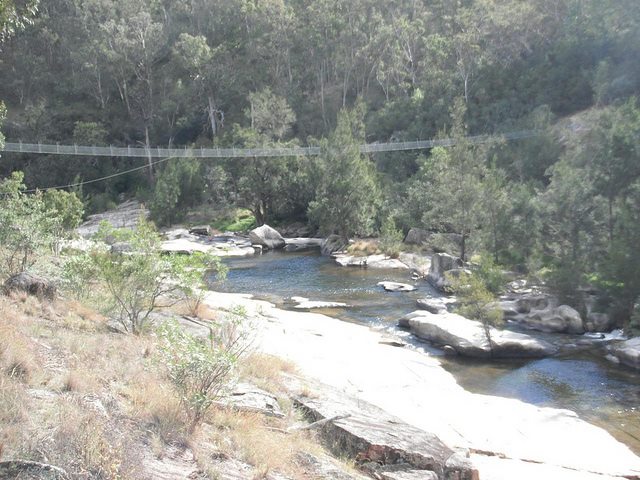