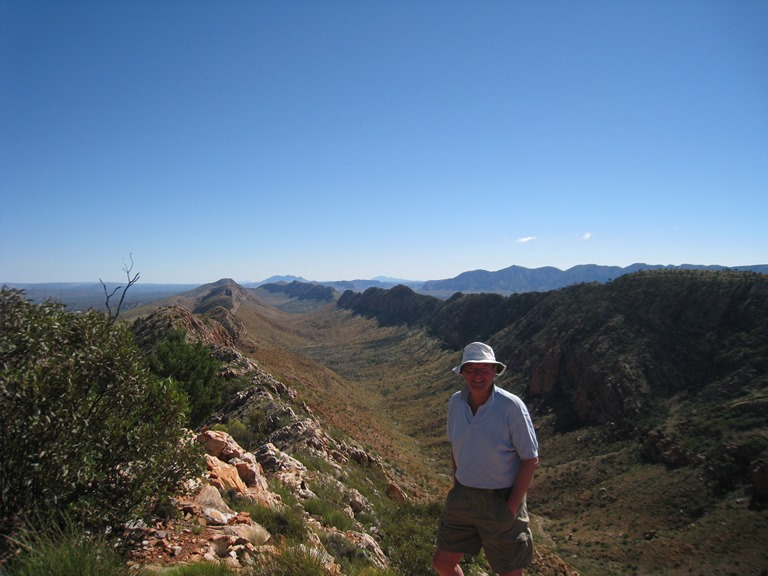 The West Macdonell Ranges striate their way across Australia's red hot, red earthed Red Centre. The Larapinta Trail generally runs with their sharp, weathered backbone for 223 km west of Alice Springs to remote(r) Mount Sonder, sometimes along the high ridges, sometimes deep in the valleys below and at times scrambling through dramatic gorges.

An ancient area, even by geological standards, the Macdonells are now mere stumps of their former selves. All this history makes for a fascinating landscape, with manically contorted formations, spectacular gorges and mysterious and engrossing pounds. The range's numerous high and sheer-walled gorges are said to have been cut through the range by rivers that pre-existed it. The ranges are composed of a mixture of hard quartzite and sandstone.

This is classic central Australian landscape, hot and arid semi-desert, with flora and fauna to match. Expect a lot of barren, rocky slopes sprinkled with adapted grasses and shrubs such as sharp spinifex grass. The valley bottoms are somewhat more luxuriant, although here too the vegetation can have to survive months without water - and when it comes, it can take the form of thunderstorms followed by flash floods. The vegetation is also regularly scorched and renewed (it has adapted even or this) by bush fires. It is not an easy environment.

As a result, life is heavily adapted: you don't see many animals, and birds are few as well -- this is a harsh environment, and the beasties have to spread out to forage. There are colonies of wallabies here and there, rather more snakes than cowards such as Walkopedia care to meet, a varied and interesting selection of other reptiles and even frogs adapted to survive the long dries. There is a wide and rich bird population, although you may not get to actually get to meet many on any one walk.

There are echoes of a long and rich Aboriginal culture in the area, although these are more in the nature of known traditions and stories from the pre-colonial past, than physical remains.

The landscape has an ancient and numinous air, and you really will feel you have been immersed in a different, parallel world after a few days on the trail. You will be engrossed by the presence and proximity of the elements.

The trail is challenging more because of the steep, rugged, rock-strewn terrain than because of any great altitude ? indeed, its high point is Mount Sonder at a mere 1,380m. It nevertheless offers the stunning panoramic vistas, endless, timeless, one might rather expect from some towering mountain.

The trail begins at Alice Springs, from the telegraph station which marks the site of the first European settlement, heading out toward Simpsons Gap, a beautiful introduction to the topography of the area, which was first discovered in 1871. Here the juxtaposition of the ancient burnt-red sandstone gorges, shaped by prehistoric watercourses and host to myriad flora both alive and dead, with the barren and scorched desert habitat, is startling.

Beyond Simpsons Gap, notable landmarks include Ellery Creek, where you will meet what is possibly the oldest river on earth, the Finke (estimated at 15 million years old), taken in by the trail at Ellery Creek, one of the few places to retain water all year round; Big Hole; Ormiston Gorge and Pound; Glen Helen; Count's Point, and Mount Sonder. (All have car parks, toilets, picnic areas and walkways to deal with the steady stream of 4WD and camper-van visitors to these highlights. While stunning and hugely atmospheric, you aren't generally that far from the highway.)

The Larapinta is divided into 12 sections, each of which is 1-2 days.

Section 12 - Redbank Gorge to Mt Sonder and back

However, some advise starting at Mt Sonder, so that they didn?t have to face climbing the mountain at the end of the trail, and so the afternoon sun wasn?t in their eyes.

While you can tramp the full 223km, you can also tackle chunks or just day-circuits. Most multi-day walkers will head to the far west and walk the final stretches leading to Mount Sonder, or (easier of access) westward from Alice Springs and to (say) Standley Chasm.

The following are notes by Walkopedia's friend Reggie Heyworth of his organized expedition, which explored selected highlights of the western end. Thanks, Reggie!

From Telegraph Station (in Alice Springs) via Euro Ridge (Euro means wallaby in local Arrernte language) Rough but clear trail, sunny, up to 27˚.

Day 2 [sections 3/4](around 8kms) via Hill Saddle to Simpson?s Gap (up river bed to deep "V" in range) Mostly in rain/cloud. By vehicle c. 25kms to a side trek to Standling's Chasm, a very dramatic steep-sided gorge (c.45 km along Larapinta trail)

Campsite: You can hear the sporadic traffic of the Alice Springs - Hermannsburg road which parallels the Macdonnell range! Also, although recent rain has made all lovely and green (flowers on bushes etc everywhere), the invasive buffle grass (brought in by camels on tack, possibly from Peshawar/Afghanistan?) is rampant and edging out more delicate native grasses. Also it burns hotter in the frequent bush fires, so damages trees which are used to cooler burns. Fauna limited: the occasional wallaby and birds (feral cats and foxes etc. have been very destructive.)

Day 4. Left camp for walk to Chalet Dams, then up Inarlanga Pass, then walk on to Ochre Pits. Met vehicle, then a side-trip to Glen Helen gorge: swimming and helicopter circuit.

This is an amazingly rugged area, but now deservedly well-trodden. While never being far from a track or road (as the crow files, anyway) arguably detracts, many parts of the trail are largely deserted and only for well-equipped hikers. Heat and regular steep sections make it a challenge, and in winter the weather is unpredictable (rain storms happen...).

You don't see many animals, and birds are few as well: this is a harsh environment - or they can get spread out when it rains and they can roam away from what water there is. The flora after rain is outstandingly beautiful, enhanced by the surprise given the harsh semi-desert sands and soils.

The geology and rock formations are also fascinating: while not on the scale of (say) Africa's Rift Valley, they are much more ancient and mysterious and just as beautiful.

Although efforts are made to give recognition to Aboriginal history and presence (these are lands returned to Aboriginal ownership then leased back by the National Parks), and sacred places are clearly respected (eg no swimming at Serpentine Gorge), the visible Cultural aspects are limited, mainly to a knowledge of, and the stories from, the pre-colonial past."

Example: Alice Springs to Standley Chasm (4 to 6 days, depending on diversions, etc).

A benefit of walking this end is the possibility of bus access. 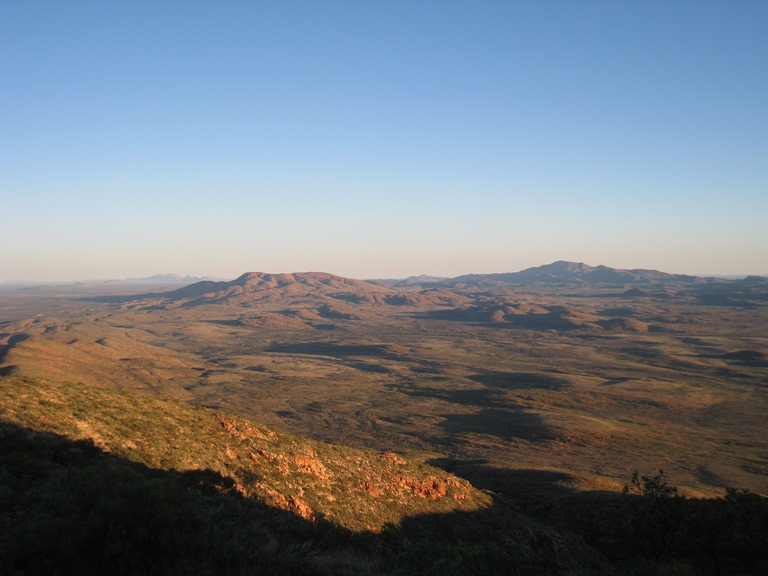 
Hi, This might provide some information useful for the site... https://jontynz.com/2018/08/10/things-learnt-on-the-larapinta-trail/ Jonty


There's information here that could be useful to add / link to - https://jontynz.com/2018/08/10/things-learnt-on-the-larapinta-trail/ 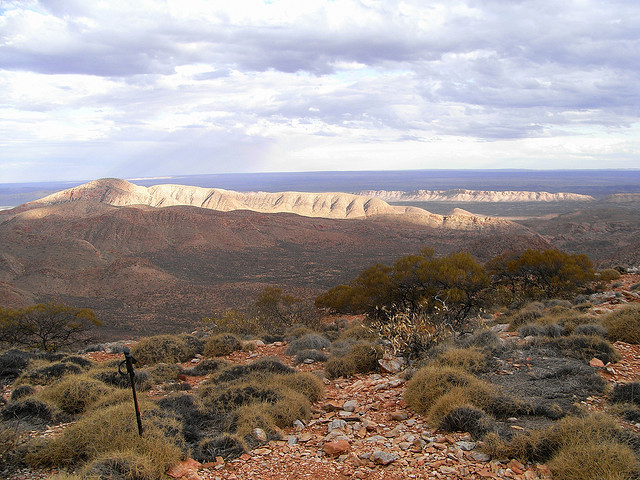 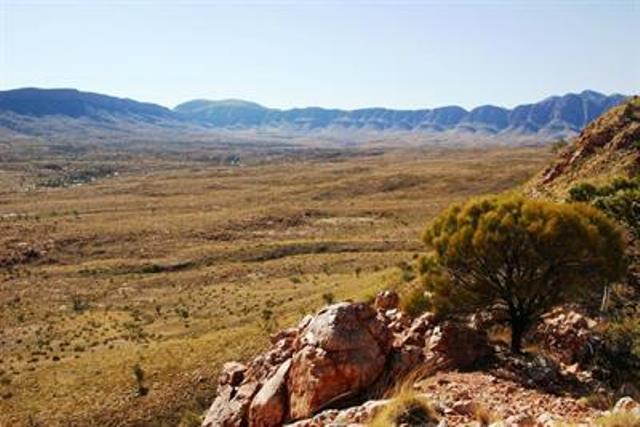