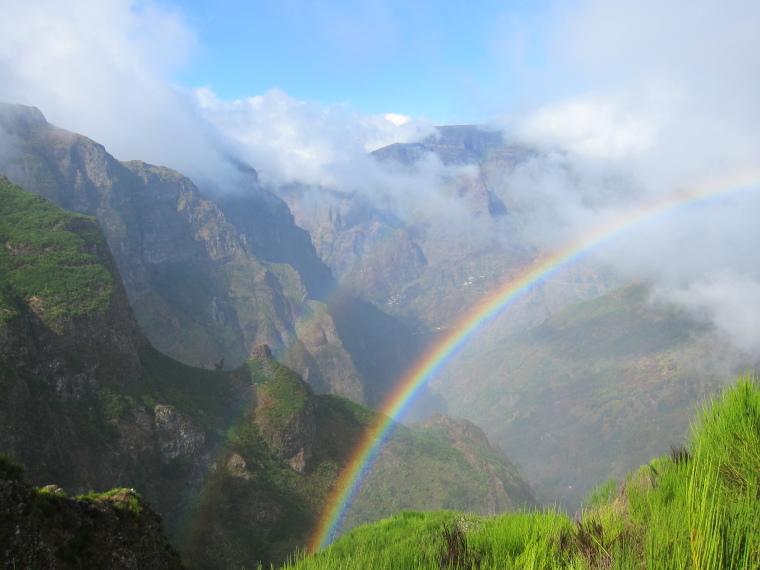 This famous mountain at the south-west end of the great horseshoe of Madeira's highest peaks is instantly recognisable as a great dome, over sheer cliffs on most sides, with a rocky tor at its summit.

It commands huge views of crazed, thrilling landscape to the high summit ridges to its north and east, of the Paul da Serra plateau to its north-west, and the lesser peaks and profound gorges, and then vast Atlantic, to its south.

Grande can be approached from various directions, all of them spectacular, so you can return to a car or walk on for a traverse.

The PR12 trail is the approach walk for two of the four ways of climbing Grande. It runs across the mountains from Boca da Corrida in the south to Boca da Encumeada at the heart of the island, much of it relatively easy walking on a well-built path. Its course is amazing, winding above impossible cliffs and along knife-edge ridges, with enormous views into the vast abyss-gorges to either side and across to Paul da Serra to the north-west and Pico de Arieiro to the east; then passing below the great cliffs of Grande before descending down the ridges below the high central ridge to Encumeada.

The first route ascends on PR12 from the Boca da Encumeada (at 1,007m) to the north-west, to Boca do Cerro to the south of Grande, then turns north to scramble up the peak on rocky paths with some cable assistance. From there you can retrace your steps to get back in some 5+hrs; or drop to Curral das Freiras; or rejoin and continue on PR12 to Boca da Corrida in some 5hrs; or head on north on rough and at times faint paths to the high, central east-west ridge of the island and swing back down west to return to Encumeada, a superb and varied walk, giving a series of remarkable views of the crazed centre of the island.‎ 9km/5+hrs for the latter.

The second follows PR12 from Boca da Corrida to the south (at 1,265m, with carpark so a relatively easy approach) to Boca do Cerro, then turns off to scramble up the peak on the same rocky paths as mentioned above. Then retrace your steps or try the other alternatives as above. 5hrs +.

The third approach is along the rough ridge from Pico do Jorge on the main east-west ridge, on a demanding, at times faint and often slippery trail. This can be approached from Encumeada or elsewhere, and is likely to be part of a circuit or a traverse on to Boca do Cerro.

The fourth approach is the long climb (1,450m) from the Curral das Freiras valley, a really demanding walk for the masochists.

See William Mackesy’s account of walking from the Boca da Corrida to the base of Grande at Boca do Cerro on a beautiful, misty day of rainbows and fleeting views.

This area is popular, and in the main guidebooks, but not so as to spoil our time on the day Walkopedia was there, although it was a cloudy day so a peak climb would have been pointless.

This can be tough walking in remote mountains with uncertain weather, where heights and exposure can cause real problems, both psychological (vertigo) and physical (falls; the paths can be treacherous when wet). Come fully prepared.

Transport: if you do circular/there-and-back walks, you can drive. Otherwise, you will need to deal with the infrequent bus system, or swallow a taxi.

The excellent Walking in Madeira by Paddy Dillon for Cicerone and Sunflower’s Madeira Car Tours and Walks describe these walks between them (Sunflower more focused on PR12). Find these and other books on Amazon.

We would like to give even more information on this page. Please help us by making suggestions and sending photos! Thank you! 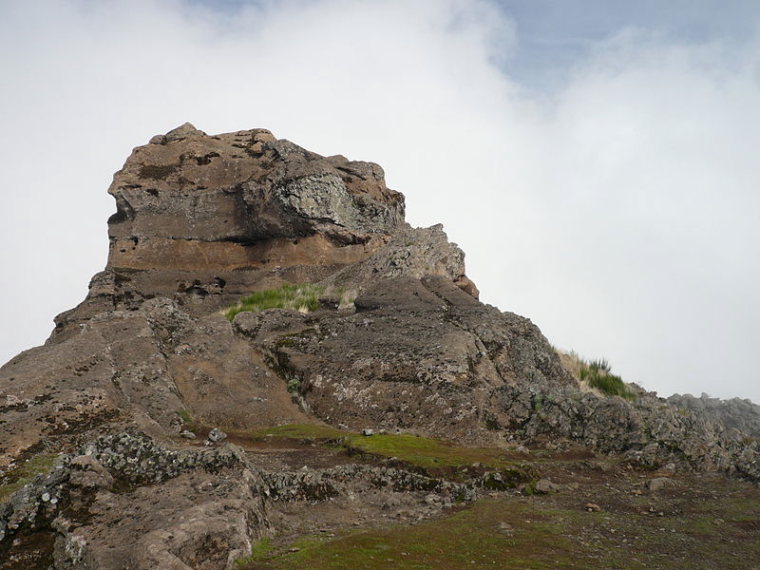 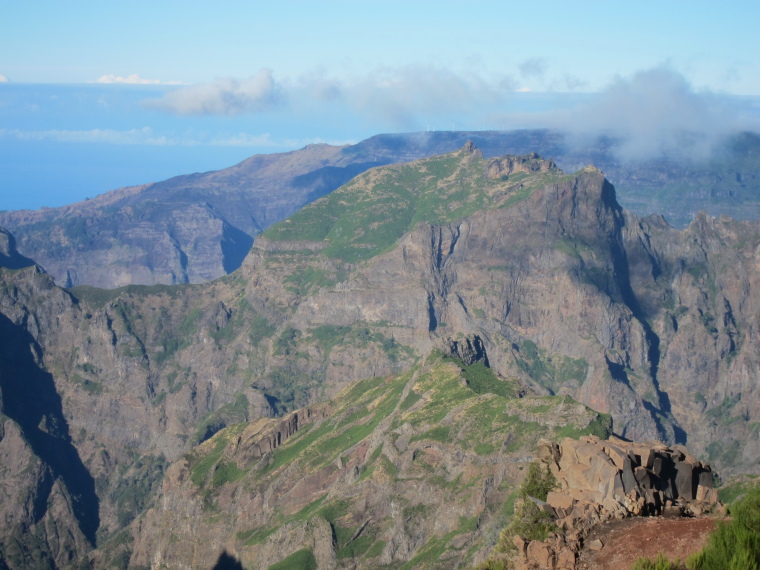 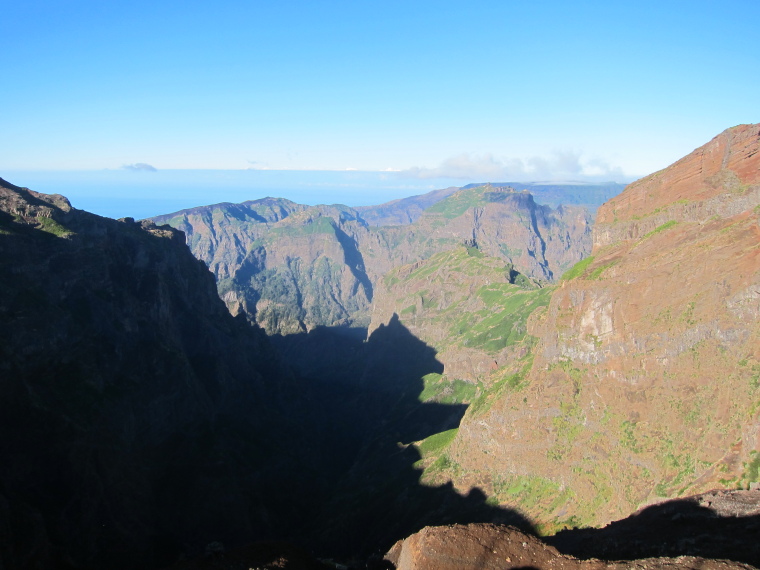