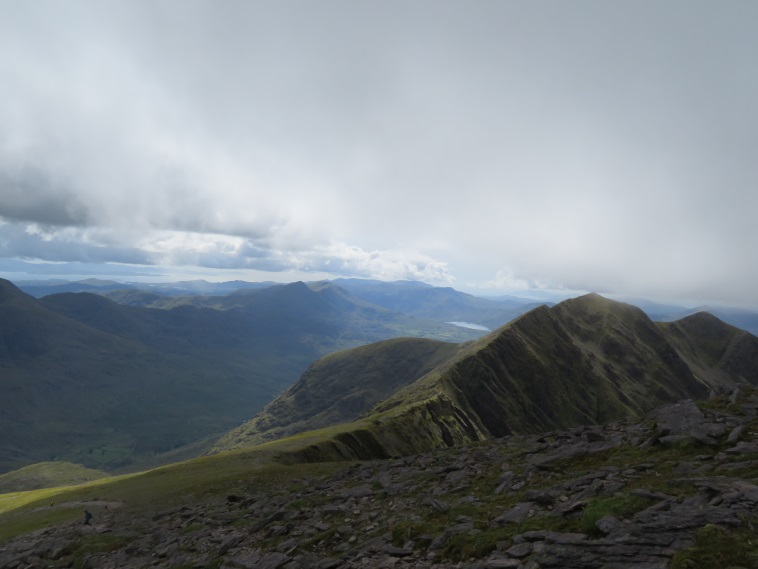 This really is an outstandingly beautiful area: the Reeks’ ramparts are, from the north especially, a series of long grassy slopes and crags, nestling dramatic cirques, lakes and tarns; at the heart of the range are the forbidding pinnacle and dark 2,000+ ft cliffs of Carrauntoohil the dramatic spires, cliffs and crags of its immediate neighbours.

The traverse of the Reeks ridge is probably Ireland’s finest walk, winding along the high ridge of the entire range for some 26km and taking in 8 of Ireland’s 10 highest mountains. It is a tough walk, for the fit and experienced only.

Travelling east to west, you start near the Gap of Dunloe, climbing steeply up Drishana to the west to gain the beginnings of the ridge. Hence it is north to Cnoc na dTarbh and Cnoc na Bhriac (713m) on the main ridge. Thence you yomp westward, gaining height in at times rough steps, along the ridge across Cruach Mhor (932m), where the drama intensifies as the ridge narrows and steepens and loughans appear below. Onward are Big Gun, Maolan Bui (at 973m), Cnoc na Chuillin, before you drop to Cnoc na Toinne, above the Zig-zags.

Then it is down to the gap above the Devil’s Staircase and on up Carrauntoohil, Ireland’s highest mountain.

Thence you take the amazing ridge walk to Caher, Ireland’s third highest peak, and continue either south to Curraghmore, with a long, steady if rough, descent to the Lack Road to the south-west, or on westward along the main Reeks ridge.

An outstanding if tiring walk – all but the fittest will be in pain by the end.

See our MacGillycuddy’s Reeks and Iveragh Peninsula page for more general and practical information and photos. 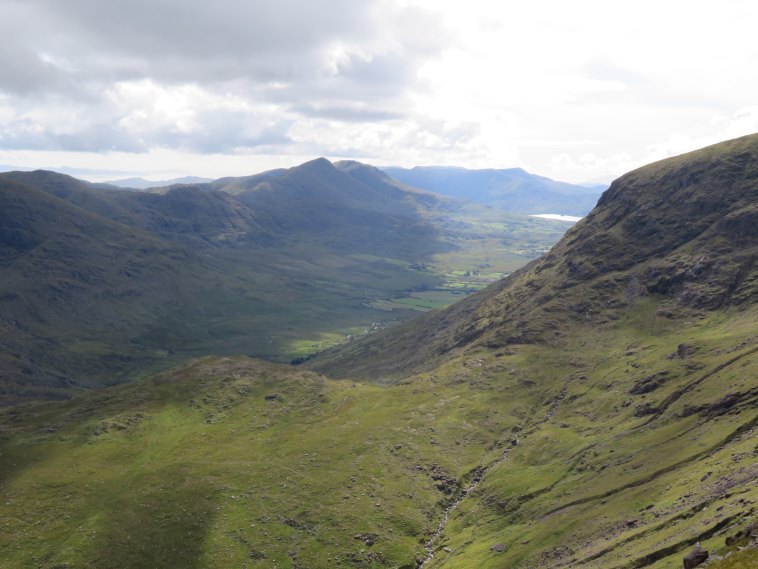 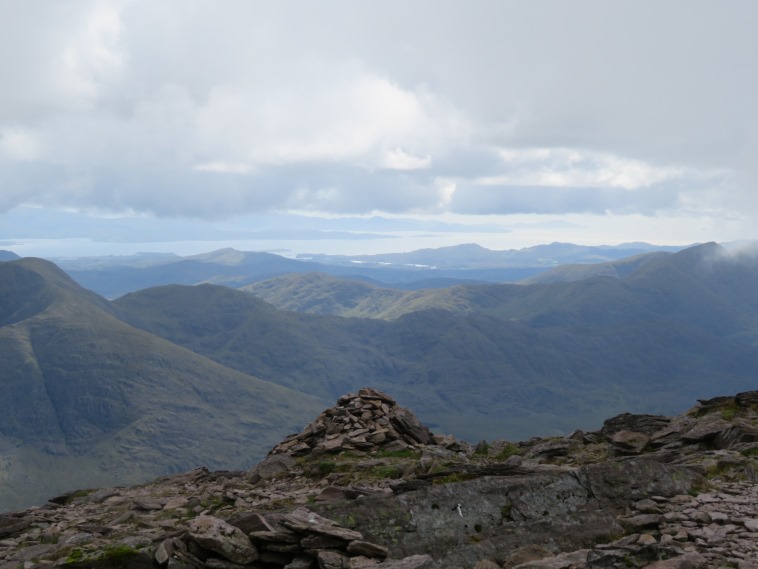 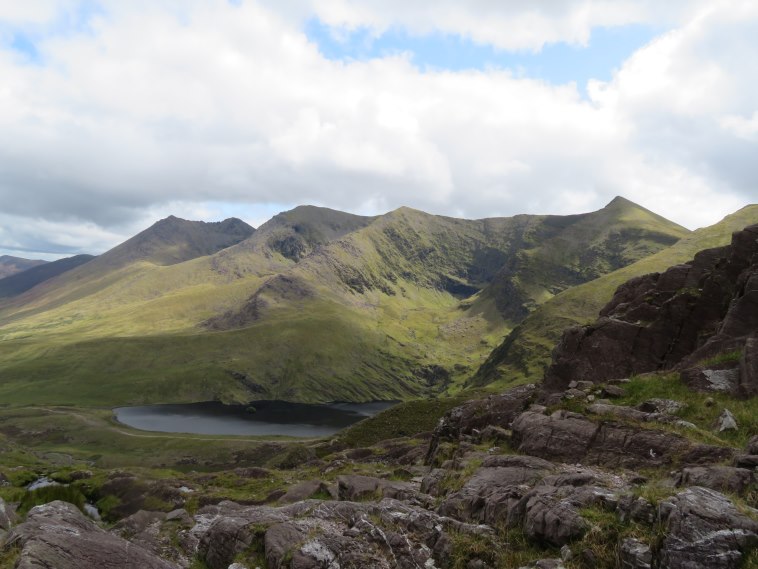