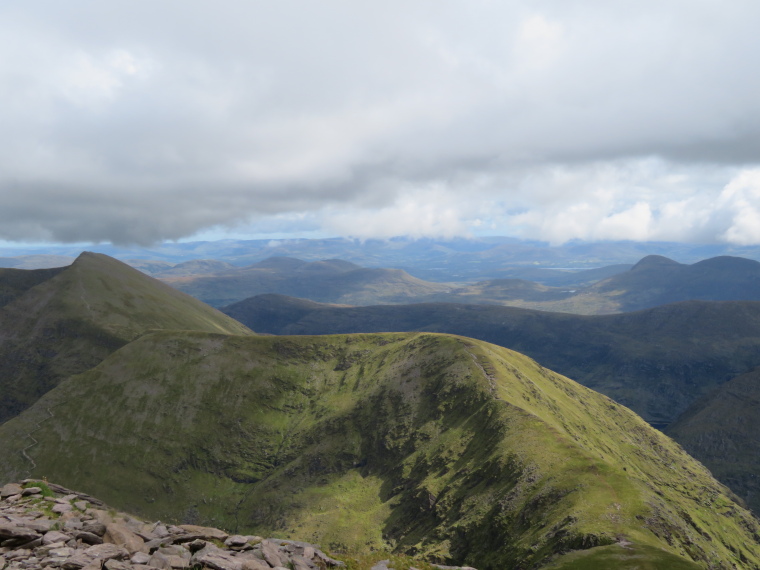 This really is an outstandingly beautiful area: the Reeks’ ramparts are, from the north especially, a series of long grassy slopes and crags, nestling dramatic cirques, lakes and tarns; at the heart of the range is the forbidding pinnacle and dark 2,000+ ft cliffs of Carrauntoohil and the dramatic spires, cliffs and crags of its neighbours.

From the south, it is harder to get a feel for the range, as it is to a degree screened by the high peaks across the Black Valley, and from the fine walk up that valley – on the Kerry Way – they are too close to really appreciate, other than as huge rocky slopes and high broken ridges without an overall coherence.

The Reeks are packed with routes that cry out to be walked – but, as we lament elsewhere, there is no general right of access to the countryside in Ireland, and no traditional footpaths/rights of way, so walking options are limited to relatively few paths. There is little ability to improvise, or to create your own circuits.

Carrauntoohil: this forbidding pinnacle at the heart of the range, Ireland’s highest mountain, at 1,040m, is the particular challenge in the Reeks  that keen walkers are most likely to tackle. Almost everyone approaches via the Hag’s Glen to the north-east, from Cromin’s Yard centre. The main walking routes climb:

From the summit, you see the whole area, and miles beyond. The high Reeks ridges run invitingly in several directions. See our detailed Carrauntoohil page, and William Mackesy’s account of climbing Carrauntoohil.

The rest of the Reeks should make marvellous walking – but, as we lament elsewhere, walking options are actually quite limited.

From Carrauntoohil: once you are up on the high ground, you can carry on further.

The Traverse of the MacGillyduddy’s Reeks ridge is probably Ireland’s finest walk. It is a tough walk, some 26km and taking in 8 of Ireland’s 10 highest mountains. Travelling east to west, you start near the Gap of Dunloe, climbing steeply up to gain the beginnings of the ridge. Thence you yomp westward along the ridge, the drama intensifying as it narrows and steepens and loughans appear below. You drop to the gap above the Devil’s Staircase and on up Carrauntoohil. Thence you take the amazing ridge walk to Caher and continue either south or on westward. An outstanding if tiring walk.

Hag’s Glen: A walk up the Hag’s Glen to the loughs in the great bowl right below Carrauntoohil would be a fine way to enjoy 2-3 hours and get a feel for the drama and beauty of the area.

The Kerry Way passes to the south (through the Black Valley) and west of the Reeks, with outstanding views and atmosphere. Great day walks, or try the whole Way?

It is remarkable what hard work a 1,000m mountain can be – a height that many countries would disdain to call a mountain. And the South-west gets a lot of rain and wind, plus cloud/fog [and winter snow on high ground. There is little shelter on the mountains, either from sun or rain. Be prepared, both mentally and with the right kit.

Best books: The Dingle, Iveragh and Beara Peninsulas: A Walking Guide – Adrian Hendorff, Collins Press walking guides; The Mountains of Ireland  – Paddy Dillon/ Cicerone: enthusiastic and exhaustive exploration of every one of the country’s 200+ summits. Find relevant books on Amazon.

See our Iveragh Peninsula page for more general and practical information and photos. 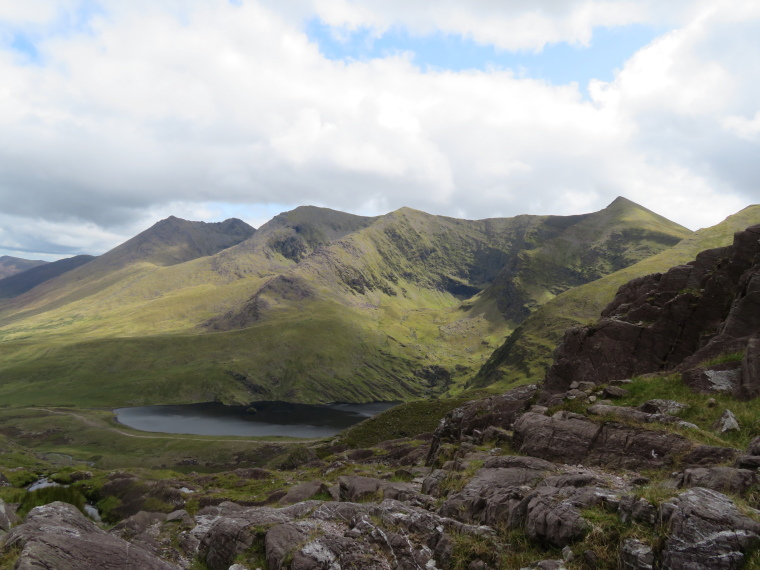 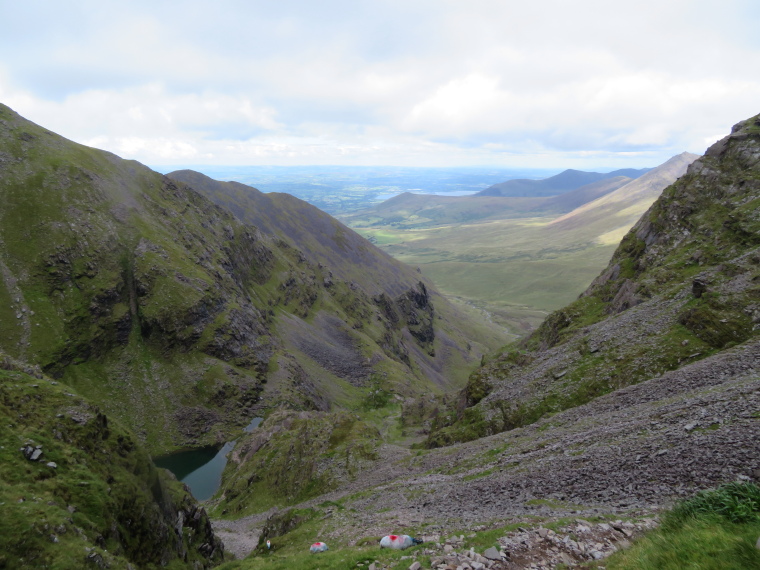 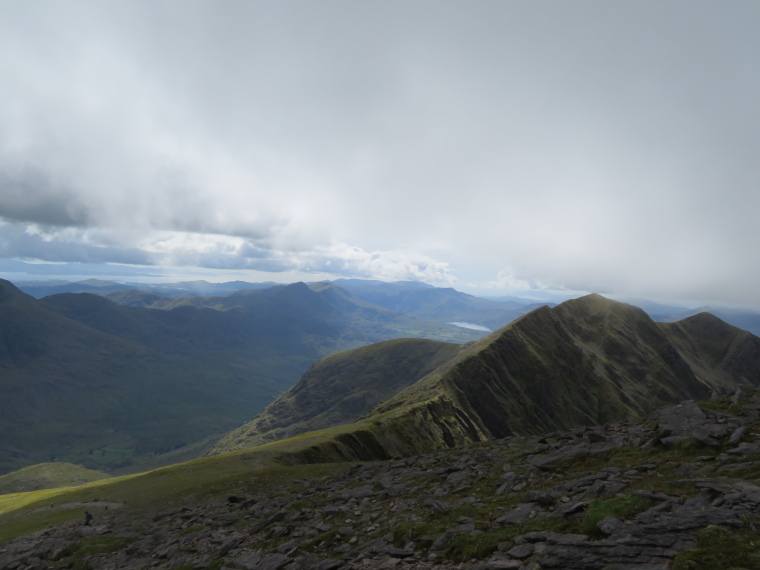