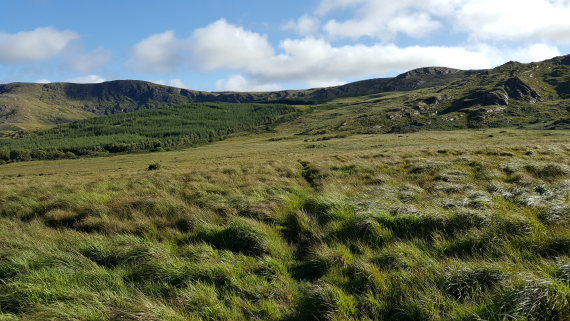 The three great peninsulas of western Ireland are painfully beautiful: high rock-and-grass ridges with the sea ever-present from higher ground, all luminous in vaporous light. While some of the hills are rough in the extreme, there is often a melting prettiness about the valleys, with their gurgling steams and frequent waterfalls. They include Ireland's highest mountains, the peculiarly named MacGillycuddy's Reeks, and a host of other fine mountains and ridges. And lakes, waterfalls and gorgeous valleys; miles of superb coastline; and pleasing towns and fishing villages.

The peninsulas have plenty of historical interest: hill forts and stone circles; castles; and many remarkable examples of early Christian architecture. Western Ireland had a crucial role in the survival and revival of Christianity in Western Europe during the turbulent Dark Ages, and the peninsulas are sprinkled with evidence of this.

The area boasts colonies of seabirds, common species to rare ones, choughs, corncrakes and hen harriers on land. It is no slouch on the mammalian life either, from seals to dolphins to whales.

The towns are definitely part of the peninsulas’ charm, especially Dingle’s pastel-coloured specimens.

All the peninsulas boast some superb walking routes.

From north to south, these peninsulas are:

Is Dingle the most beautiful of them all? Many would argue that it is – and that is saying something. Dingle is essentially a one-ridge peninsula for its first half; its western end is more complicated, with knots and excrescences of hills. Its spine of old hills, much of them sandstone, is generally grassier and softer-looking than its harshly magnificent southern counterparts, although the hills break up into some thrilling cliffs and corries, and are edged with some fine sea cliffs in the west. You can see the sea from almost everywhere.

The great long-distance trail here is the Dingle Way. Follow old lanes and tracks through varied scenery on an 8 to 10 day tour of the peninsula: beaches, to clifftops, to sheep-studded fields, to mountains and moorland. Stay in traditional villages, enjoy the local ways and friendliness. Outstanding beauty and interest throughout.

The biggest and finest mountain here is majestic Mount Brandon, Ireland’s 8th-highest mountain at 951m, and it's second-highest massif.

Iveragh is the largest of the peninsulas, south of the Dingle Peninsula and north of Beara. It includes Ireland's highest mountains, the peculiarly named MacGillycuddy's Reeks, and a host of other fine mountains and ridges. And lakes, waterfalls and gorgeous valleys; miles of superb coastline; pleasing towns and fishing villages.

The great long-distance trail here, and one of Ireland’s finest routes, is the famously beautiful [214km] Kerry Way, which circuits the peninsula.

The famous walking area here is MacGillycuddy’s Reeks, with Carrauntoohil, Ireland’s highest mountain at 1,040m, the particular mountain that any keen walker wants to tackle but many days’ worth of other varied delights.

The less-visited Beara Peninsula is the third-down of the great seaward protrusions. Much of Beara is extraordinarily beautiful on a good day. The chain of fine, largely treeless, empty mountains that forms its spine is a magnificent backdrop to a complicated and beautiful coastline.

The magnificent 206km Beara Way contours along the middle slopes, taking in some lesser hilltops, seldom on the sea and seldom above 300m. It has stunning views across Bantry Bay to the south and (even better) over the Kenmare River northward to the Iveragh Peninsula.

The South-west gets a lot of rain and wind, plus cloud/fog and winter snow on high ground. Take great care with wayfinding in foggy/mist/cloudy conditions, indeed the high ground isn’t much fun if you won’t be able to see! There is little shelter on the mountains, either from sun or rain. Be prepared, both mentally and with the right kit. 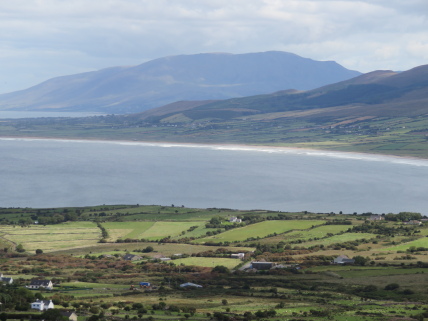 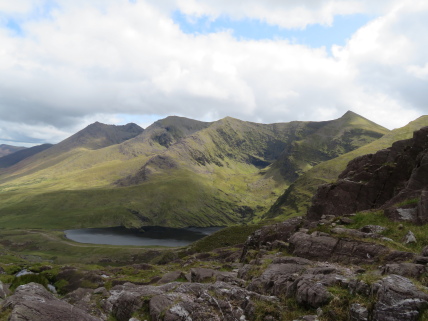 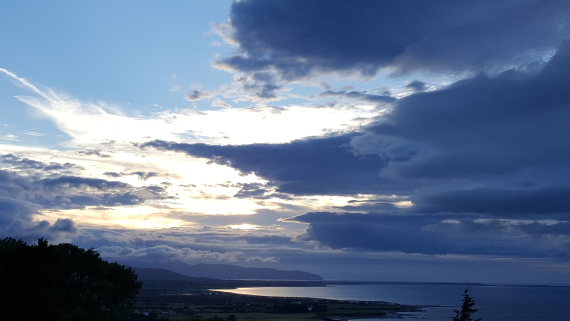