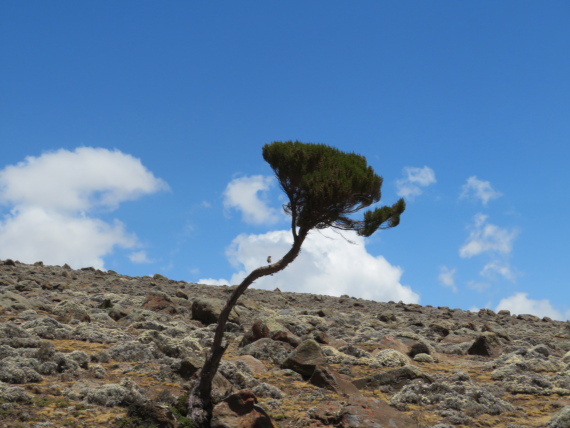 It is fair to say that the famous, high Sanetti Plateau puts the B into bleak, with an average elevation of over 4,000m and consequent tough conditions. Its nearest comparables are Lesotho (above the Drakensberg escarpment) – not as tough – and grimmer areas of Mongolia.

But it is thrilling to explore: this is grand and harshly beautiful terrain of wide plains and slopes punctuated by rocky bands and outcrops and some peculiar cliffs and towers, dominated by the mass of Tullu Deemtu (4,337m), Ethiopia's second-highest peak.

While the Bale Mountains are a vulcanologist’s dream, with a huge variety of formations, what you see here is a few distinctive features protruding from the remains of vast, relatively recent, magma flows.

This is a grey world dominated by low silvery helichrysum shrubs dotted with heather of different sizes and some fine giant lobelias. If the cloud is down, it is inexpressibly lonely and, it has to be said, uncharming. In fact, charm isn’t its speciality.

Despite its unforgiving terrain, the plateau is host to some marvellous wildlife, including the majority of the very endangered Ethiopian wolves. The chances of a wolf sighting on the plateau are high (we saw 3 in one day): they hunt alone and by day, so are spread out – and not that shy. They are spectacular and gorgeous, with bright reddy brown fur and white legs, and seeing one will be a highlight of any time in Ethiopia. You will also see raptors including augur buzzards and, not unconnected, lots of mice and mole rats.

Most people approach the plateau from the north, climbing through forest, then a band of lovely vivid green heather, before tipping over the lip onto a bleak new world. Its south is cut off by the vast cliffs of the Harenna Escarpment; below it you drop through heather, then mossy giant heather, then farmland and villages before getting to the southern Harenna Forest.

While this is sensational landscape, it is not pristine, grazed for chunks of the year when lower reaches are droughted-out.

Walking around the plateau would be easy but for the altitude: a multitude of animal tracks create an endless selection of routes, but a guide is essential for choosing the best routes, for wayfinding and for wildlife-spotting.

Several volcanic peaks make for strenuous exercise, although you shouldn’t come here for the peak bagging: the exhausting climb after arriving at this exalted altitude will not make for much fun unless very acclimatised.

Tullu Deemtu: The second highest mountain in Ethiopia. Starting from the main road, a track up takes around two hours to reach its peak (4,377m), a curved ridge obscured from the start point. Stunning views despite the radio mast on top.

North of Tullu Deemtu, and north-east of (but further from)  the road across the plateau, 4,203m Mt Batu is a good climb, and bit less exhausting and definitely more attractive that Tullu Deemtu. More likely to be done as part of a long trek.

The altitudes here will affect walkers, as, unless you approach it slowly (hard unless you are on a long trek), you will be unprepared for the altitude at over 4,000m. Walkopedia found itself panting after a short climb. But, the good thing is that you will be likely to be sleeping a lot lower, so the chance of more than exhaustion and a headache are low. But come prepared to cope.

One very viable option is to ride, which the noble Walkopedia did. We were met on the plateau rim, and explored this remarkable terrain without ill-effect – until we tried walking. Nonetheless, headaches were developing as we made our exit.

For more information, including practicalities, and photos, see our Bale Mountains page. 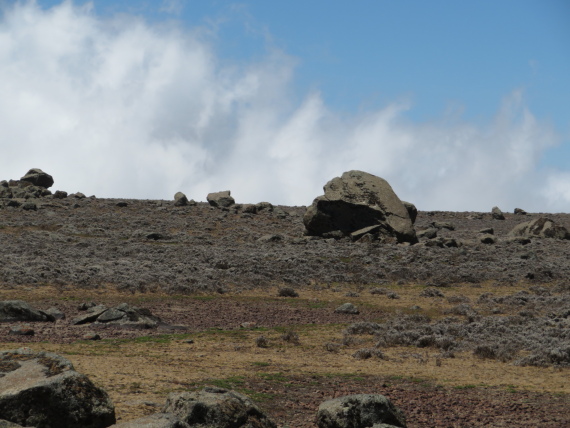 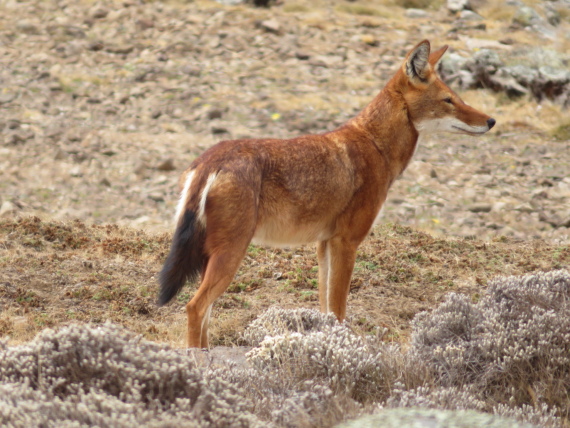 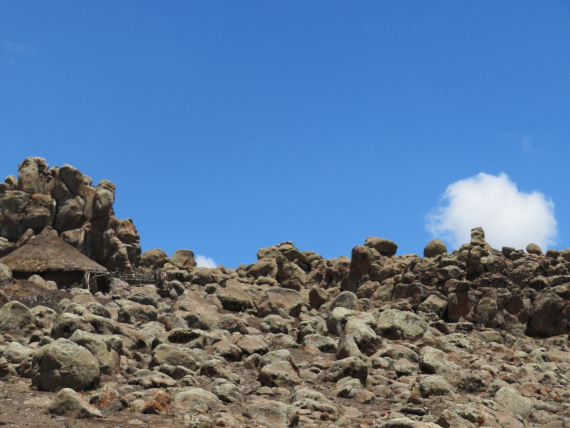 Other great walks in Ethiopia