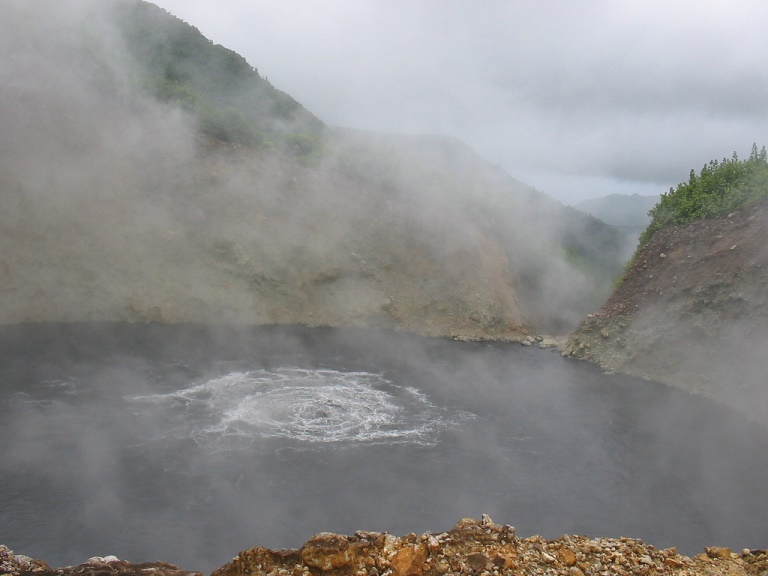 An ambitious project to bring tourism to this small, sparsely inhabited island, the Caribbean’s first long-distance trail traces the volcanic landscape of Dominica in 14 accessible stages.

The Waitukubuli Trail aims to trek the wonders of Dominica – and these are many. From beautiful, luxuriant rainforest to fabulous mountain ridges and bubbling volcanic pools, this landscape has plenty to offer. Climb atop Morne Crabier, meander around high peaks, peer into pools heavy with the scent of sulphur, feel the sea breeze on beautiful Caribbean beaches, and munch mangoes fresh from the tree. Don’t miss the intriguing Boiling Lake. In the so-called Valley of Desolation (Grand Soufriere), which contains fumaroles, hot springs and mud pots and sulphur vents, in a huge amphitheatre in the mountains and consists of at least three separate craters.

In spite of its luscious, virgin rainforests, Dominica is a haven for those more cautious when it comes to exploring the undergrowth. Insects, snakes and spiders here are universally benign, and the largest mammal you’re likely to encounter is a guinea pig.

This is a fairly tough walking in high, remote mountains, on which you will have to be self-sufficient. Come prepared.

The paths you will walk were once used by maroons, escaped slaves, but in Dominica they found a far friendlier landscape to retreat into than did their counterparts in Jamaica’s Cockpit Country.

Read a Guardian travel article on Waitukubuli, and see the short video put together by Dominica’s tourist board.

Have a look at TripAdvisor – there are tens of millions of reviews, so you may get good, current views on this walk. 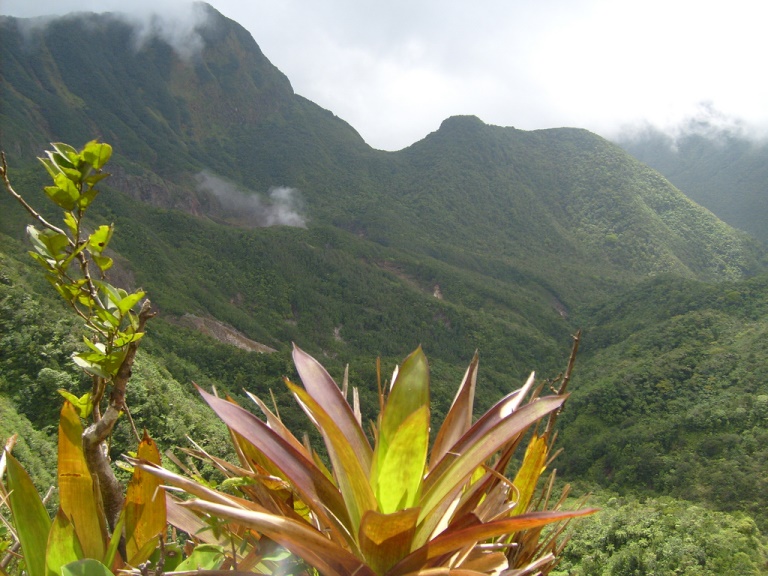 
Walkopedia says: the below was received from an anonymous community member. THANK you!

Through-hiked the WNT in 12 days in January of 2017, the first five with my sister and the last seven as a solo female.

It's an interesting trail, often a bit of a "green tunnel," but with occasional spectacular views and plenty of opportunities for wildlife spotting. Saw a lot of parrots, crabs, and impressive old growth gommier and karapit trees, and snacked on foraged grapefruits.

The hike begins in the colorful fishing village of Scott's Head, on a narrow, rocky isthmus that separates the Caribbean from the Atlantic. It makes for a dramatic start, as you find yourself ascending suddenly and steeply from sea level to the peak of Morne Crabier - the first mountain of many.

Certain segments include incredibly steep, technical climbs that require clinging to tree roots and constantly testing your footing. It is often extremely muddy and slippery, which can make descents particularly slow and treacherous. Anyone who successfully completes this trail without falling down at least a couple times deserves a trophy. I managed to avoid a muddy butt for the first five segments, but rain the night before I hiked segment six had me slipping and sliding all over the place, and after that not a day went by without at least one or two spills. Then again, I was hiking without poles (bad idea, at least use a walking stick).

Pretty much all of the towns/villages the trail passes through have guesthouses. These are typically cheaper than any accommodation options you will find online, and simply require showing up and asking around. During the remote segments, you have to be self-sufficient, but there is rarely any flat ground on which to pitch a tent, so a camping hammock (with tarp and bug netting) is often the best option.

The trail does not pass by Boiling Lake. An alternate segment (3B) does; however, it is not maintained and should not be attempted without a GPS track at the very least. That said, Boiling Lake is absolutely a worthwhile detour as an out-and-back from Laudat, and was one of my favorite days of hiking (tied with the spectacular hike up Mosquito Mountain, the trail's highest point, on segment 8).

The hardest segment, without a doubt, is segment 9. It's long, muddy and technical, with frequent near-vertical climbs up steep ridges, alternating with similarly near vertical descents down into river valleys.

I would argue that the human interest rating of this hike should be increased from 2. The trail passes through numerous interesting fishing villages, indigenous communities and farmlands, often winding its way directly through some farmer's small mountainside plot of dasheen or christophene or banana. Most people are exceptionally friendly, and are happy to tell you about what they're growing or doing. One woman invited me inside her home for a bowl of fish soup, and a very nice banana farmer named Castle let me camp out in the bar he's building along the trail (right before the suspension bridge over the Picard River on segment 11). More arguments for a higher human interest rating: the trail also passes directly through the Kalinago Territory -- the only remaining community of pre-Colombian Carib Indians in the Eastern Caribbean -- and many of the segments make use of old slave routes, along which some of the original cobblestones and walls still exist. Though I should also maybe mention that the segment passing through the Kalinago territory was the least comfortable for me as a woman alone. It involves walking through a lot of villages and past a lot of people, many of whom are very nice but a number of whom are leery guys. In general, leery guys were more of a problem north of Castle Bruce than they were south of Castle Bruce.

The northern end of the WNT dumps you rather unceremoniously onto an empty road north of Portsmouth. Take a left and you'll soon reach the Purple Turtle Beach Club, which is as good a place as any to enjoy a cold beer on the beach in celebration of completing the trail. 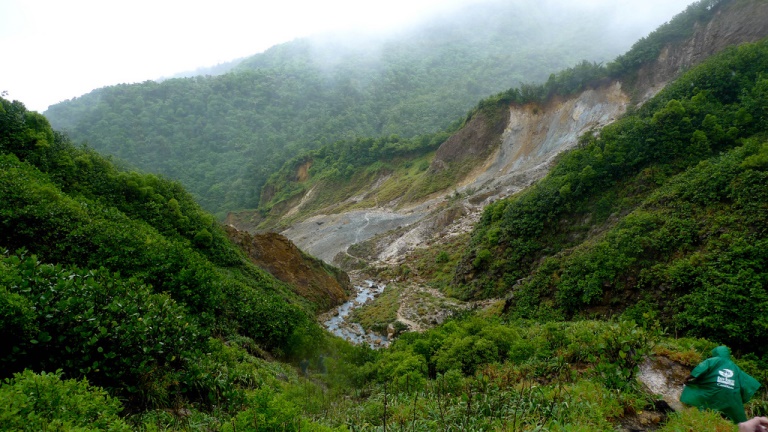 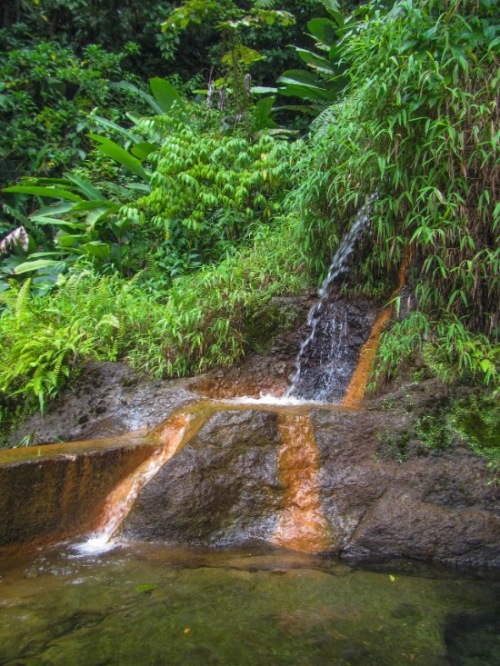 Other great walks in Dominica