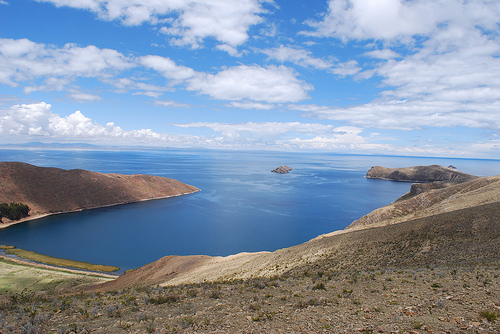 La Isla del Sol, near the southern end of Bolivian Lake Titicaca, is, according to Inca legend, the birthplace of their first king, Manco Capac: offspring of the sun and the moon. Evidence though, of human habitation here, goes back to 22,000BC. In the modern world this rocky, steep and scrubby terrain is home to some 800 families whose traditional Andean subsistence-farming lifestyle bar the influx of sketchy tourist income in recent years has remained relatively intact for generations.

There are no cars here, or paved roads, and electricity only reached the tiny towns within the last decade. Instead, excellent rock-and-earth paths, clearly marked by the knee-high walls which protect them from the elements, lead across the hills between the settlements in north and south. After a visit to the Gold museum (a treasure-house of Inca relics) in the northern town of Cha'llapampa where the boat from Copacabana docks, detour up to Cerro Tikani a couple of hundred metres above lake level (but remember the initial altitude). Take in the Puma Rock (birthplace of Manco Capac, or, in alternate myth, the place where the Sun hid during the great flood) and a sacrificial table in the ruins of the Temple of the Sun en route, to find a stunning view over the lake. Then take the undulating path, more than likely being overtaken by equally ancient herdswomen more used to the altitude, to Yumani in the south.

The entire walk offers ever-changing, spectacular views over this unique and challenging landscape; the wave-like striations of ancient agricultural terraces which follow the shape of the hills like sculpture; the freezing depths of Titicaca and the snow-capped peaks of the unforgiving Andes in the distance. At Yumani, are more Inca remains: 240 steps (that were 1000 until the water level rose) leading down to the lake, beside a stream that the Conquistadors believed, until mortality proved it otherwise, to be the fountain of youth and, a little further south, the Temple of Pilcocaina; the only surviving remains of the huge, pre-Incan city of Tiahuanco, now buried beneath the waters of Titicaca.

The walk is roughly 8km, but allowing for altitude and ups-and-downs, allow 3 hours plus, whatever the locals tell you; overnight in Yaima and retrace your steps the next day, or take the much shorter private boat trip back to Copacabana (which you might have to negotiate on site).

Beware of the altitude, plan/prepare properly.

NOTE: there is a lot of extremely negative comment to be found on the Isla del Sol experience: rip-off boat tours, monolingual guides, hellish bureaucratic demands at every turn (repeated permit demands and denial that permits are valid, requiring new purchases, as you pass along the trail), extremely uncomfortable accommodation, closed restaurants, aggressive child beggars, lack of directions/maps etc. Life in the Andes is harsh, which is clearly reflected in the local manners, and reliance on tourist dollars has made this worse. People have also expressed disappointment in the quality of the archaeology. We would suggest that this is a trip to take if youre in the area, rather than one to make specifically. 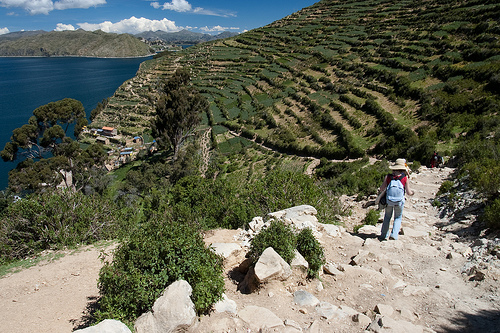 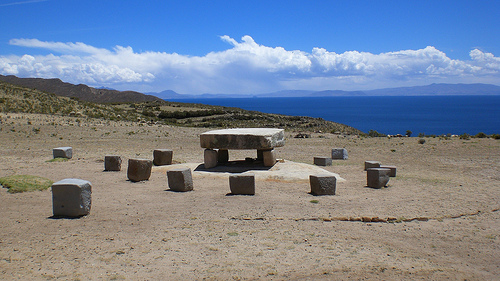 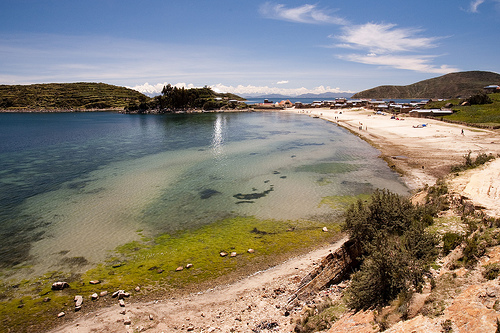 Other great walks in Bolivia