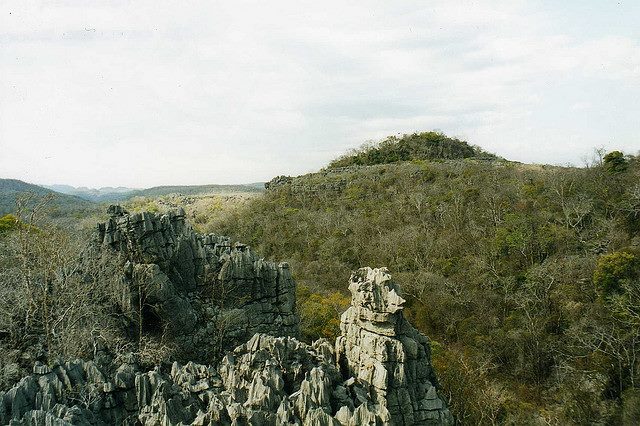 Madagascar is a fascinating region of enormous biodiversity and disparate cultural influences. On the northern-most tip of the island is Ankarana NP, situated in an area populated by the Antakarana people. Its karst landscape is fabulous, with spectacular eroded limestone spires ("tsingy") soaring from tropical rainforest; deciduous forest; lakes, caves and canyons.

The island as a whole has undergone a succession of diverse cultural influences, beginning several millenniums ago with the arrival of Austronesians from Borneo, and each wave of migrants has left a strong mark on the cultural life of this country. The Antankarana people have a typically disparate pool of inspirations, pulled together into a distinct tribal and religious identity which places a strong emphasis both on the traditional ceremonies celebrating their monarch, and on their wide-scale nineteenth century conversion to Islam.

Ankarana's geology plays a key role in the Antankarana's cultural identity. "Antankarana" means literally "People at the land of limestone rocks", and their history records a year (probably 1837) which they spent hiding from the Merina tribe in the eroded limestone caves below ground, before fleeing to bargain help from the French.

These caves are wonderful as more than just a hide-out. Thought to be the largest cave system in Africa, they are home to the world's only cave-living crocodiles - as well as 14 different species of bat. Wildlife continues to abound in the ridges and forests: the reserve is densely populated by primates, with large populations of crowned lemurs, black lemurs and dwarf lemurs, to name but a few. There are insects, reptiles and frogs, and some 100 species of birds. Interestingly, small songbirds here have been observed using the rare strategy of hunting in mixed bands.

Ankarana's array of flora is equally extravagant, with more than 330 plant species. Madagascar's endemic Baobab trees can be found here, alongside the spiny, red-flowered vegetation growing between rocks of the Tsingy; the gnarled trunks of the paper tree; palms; ferns and bamboo forests. This is lush landscape, erupting with life and full of colour.

There are three entry points to the park. The most accessible is at Mahamasina; the entrance to the west, near Amboandriky, requires a 4x4, whilst that to the north, at Matsaborimanga, is only accessible during the dry season. Most enter at Mahamasina, choosing to take one of a number of day hikes (anything from 2 to 9 hours) you can take into the reserve.

Circuits take in the bat caves (when visiting these, remember that some are considered sacred by the Antakarana); lemur-filled patches of forest; paths balanced on the sheer tsingy ridges; rivers and flimsy-looking bridges suspended above deep canyons. If you want a more challenging, longer walk, consult with your guide about extending or combining these treks.

Bear in mind that hiking here is tough, over difficult terrain and in high temperatures (scorpions are also common). Come prepared. You will have to have a guide here: there are numerous guides locally. Take some time to make sure you find the right one for you, and ensure you discuss all important matters (money, camping, food etc.) before setting off.

Whilst here, respect the locals and make sure you are aware of their beliefs and traditions. You should only relieve yourself in designated areas, and sex is forbidden in the park. Because of their important place in Antankarana identity, there are various rules associated with the caves. Descendants of those who have fought the Antankarana and menstruating women are both barred from entering; nothing must be taken in or out of the cave with you, and you must be bareheaded.

An alternative destination for wildlife-loving hikers is Andasibe-Mantadia National Park, just to the east of the capital, Antananarivo. Here, Madagascar's iconic wildlife can be taken in on some shorter, easier trails and circuits.

Visit in Madagascar's dry season, between April and November.

If you want your trip organized for you, Audley Travel do a journey to Madagascar, which involves some time spent in Ankarana NP. 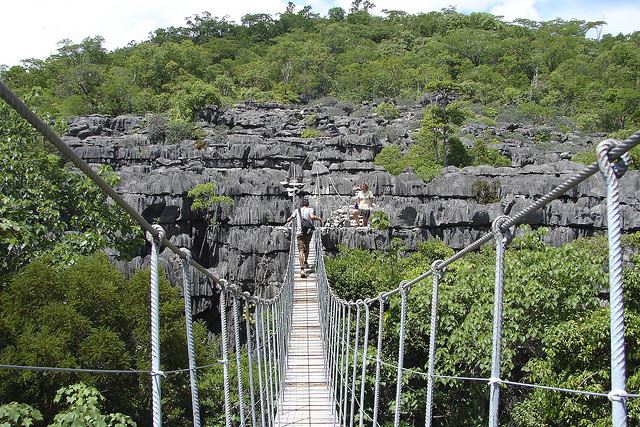 Name: pwatts2
Posted on: 27/09/2015
I recently visited Ankarana and did the 7 hour Big Tsingy of Benavony. I took some 360 panoramas around the area which are shown on Panoramic Earth. One of them can be found on http://www.panoramicearth.com/11231/Ankarana_National_Park/End_of_Road_of_Big_Tsingy_of_Benavony I thought this might be of interest to your readers. 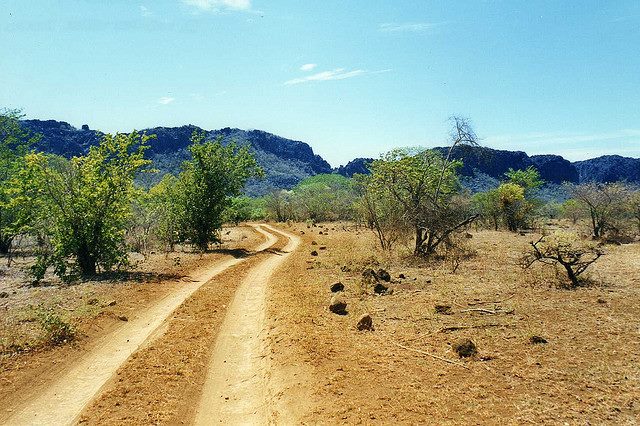 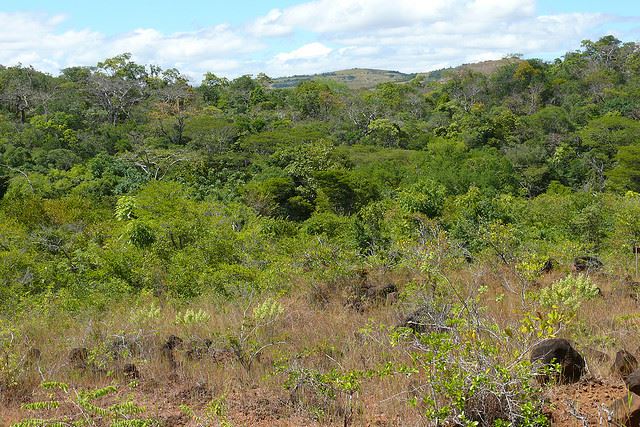 Other great walks in Madagascar