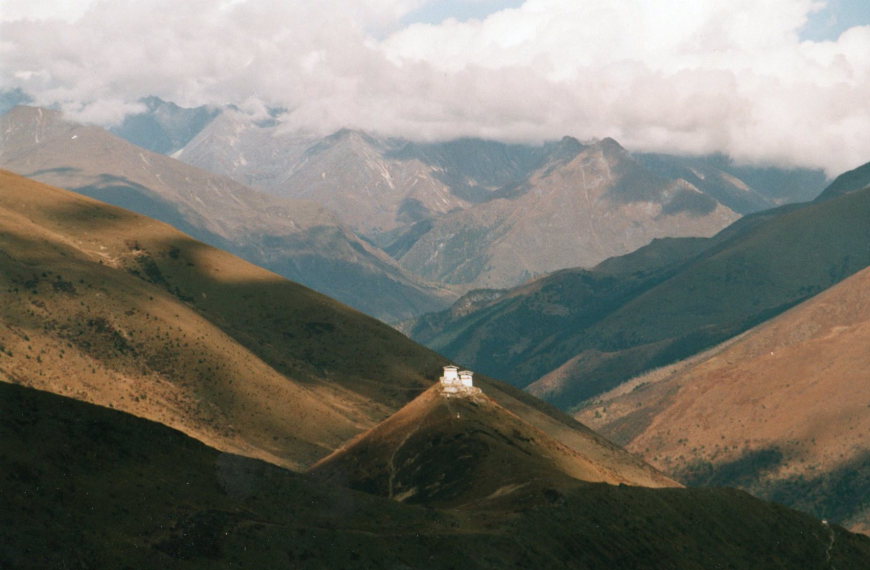 The Jomolhari Trek in the far north-west is reputedly Bhutan's best walk, an eight-day horseshoe which follows ancient tracks beneath the spine of mountains separating Bhutan from Tibet, then turning eastwards to descend the valley high above Thimpu, the country's capital.

It takes you through unspoilt villages, in beautiful valleys which retain their ancient Tibetan Buddhist culture, then climbs through ravishing virgin forest before emerging to high summer pastures at the foot of magnificent, sacred Jomolhari (or Chomolhari).  The route then crosses two high passes, passing two lonely dzongs (forts) in wild desolate landscape, before dropping back to the gentler delights of the cultivated valleys.

A devoutly Buddhist, semi-closed Himalayan kingdom, Bhutan has preserved its ancient, essentially Tibetan culture by avoiding the easy rush for western modernity. Its King speaks (famously) of pursuing Gross National Happiness rather than GNP.  Its environment is largely pristine: 70% of the country is still virgin forest.

This is a demanding expedition, with four bitter nights spent at over 4,000m and two passes over 4,870m, but superlatives fail to do it justice and it fully deserves its high Walkopedia rating. It has everything one could want from a walk, including (unless you are very unlucky) a competent and charming Bhutanese support platoon.

The trail starts at the ruined Drukgyel Dzong (fort), perched amid trees on a spike above the Paro valley.  The track meanders beside the river through terraced rice fields and villages of traditional Bhutanese houses.

The track gradually steepens, the forest takes over and the farms became more isolated.  Distant peaks loom at the end of side valleys.  Stands of prayer flags appear.  This is gorgeous walking, cool shade alternating with sunny glades as you climb deeper into a cloud forest of oak and pine dangling trails of moss above a riot of ferns.

You will emerge above the treeline on the third day, into close-cropped meadows, [grassy hillsides, with snowy crags far above.  Below, the river is now milky glacier melt.  Prayer flags appear on a boulder in the distance, then a ruined dzong on an outcrop and then, up a western side valley, the white vastness of 7,316m Jomolhari.  This is your fantastic third campsite.

You are now at 4,080m, and an acclimatisation day is sensible, making an expedition to a magnificent lake at the back of a side valley, or up towards the base of Jomolhari.

The fifth day is the first Big One: the crossing of the Nyile La pass. The path labours up to a hanging valley near the almost ridiculously jagged peak of Jichu Drakye (6,989m). A tough climb takes you to a yet higher valley and then the final scree-scramble to the pass at 4,870m.  After a rapid descent of a steep shale slope, a long walk down the increasingly pretty valley takes you to a deep glacial valley, across which squats the lonely Lingzhi Dzong.  To the left is a glacier tumbling from the back of Jichu Drakye.  You will have a cold night here.

The next day winds steadily up the beautiful Mo Chhu valley. You will have a painful slog up to yet another hanging valley, splintered peaks to each side and a high, jagged ridge ahead.  You will struggle through tumbled rock to an ancient path built into the final cliff to the pass, at 4,930m.  From there it is a long descent down a series of valleys to a small, sloping campsite in a deep gorge.

The sixth day descends a ravishing gorge, gradually getting higher above the wild torrent. The trees get stronger and the bushes larger, and then you are in the forest again. You will need a good lunch before the long climb to the ruined Barshong Dzong, on its rock a thousand feet above the river. Thence a long downhill scramble to the final campsite in a riverside glade.

The last day consists of a long, rather weary, climb and then descent through beautiful, varied forest in dappled sunlight.  It remains utterly peaceful and remote, bar the odd trader leading his ponies.

It is possible to do shorter version of the trek and it forms the start of the long Snowman Trek.

Kudu Travel do an excellent-looking expedition to Bhutan. Walkopedia partners, so recommended!

Bhutan does things differently. A devoutly Buddhist, semi-closed Himalayan kingdom, it has preserved its ancient, essentially Tibetan, culture by avoiding the easy rush for western modernity. Its previous King spoke (famously) of pursuing Gross National Happiness rather than GNP.  Its environment is largely pristine: 70% of the country is still virgin forest, unlike the mess that is Nepal to the west; its rivers are green-blue-spumy, rather than carrying the muddy detritus of erosion.

The Jomolhari Trek in the far north-west is reputedly Bhutan’s best walk, an eight-day..... 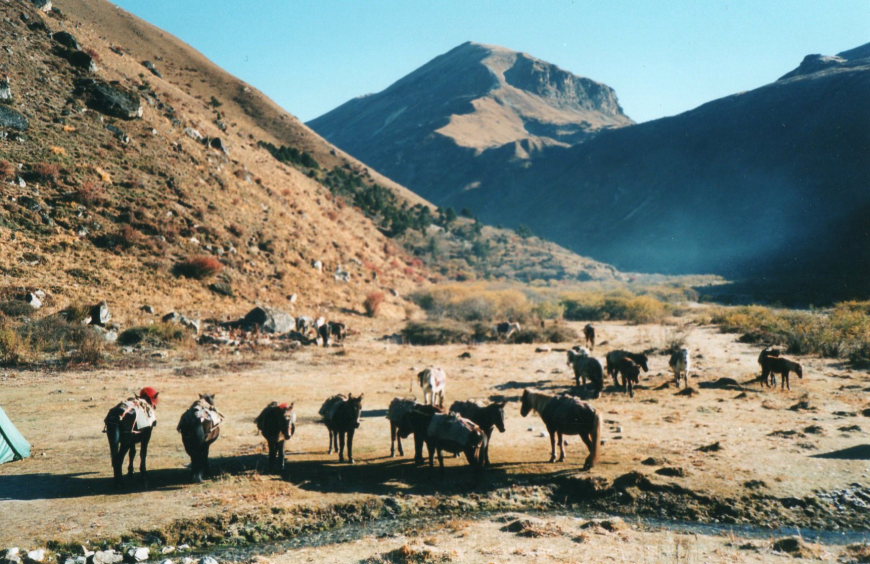 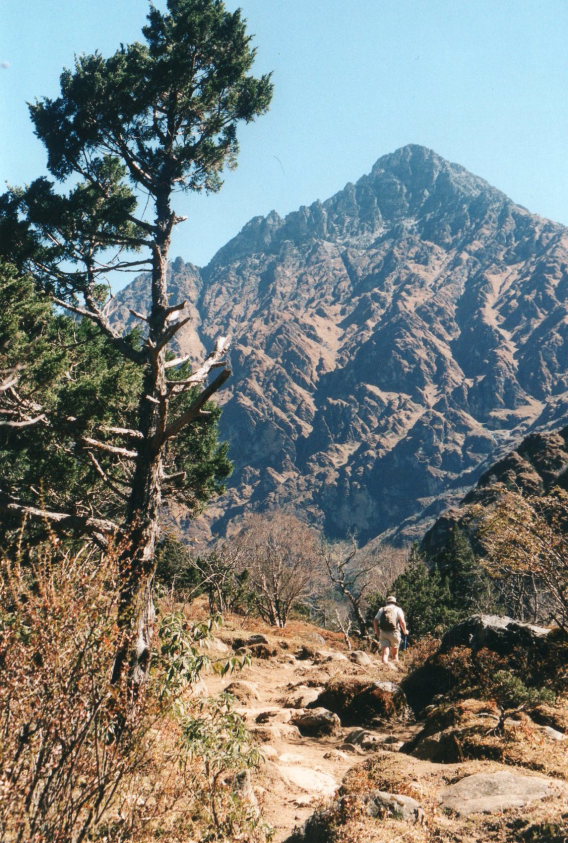 Other great walks in Bhutan