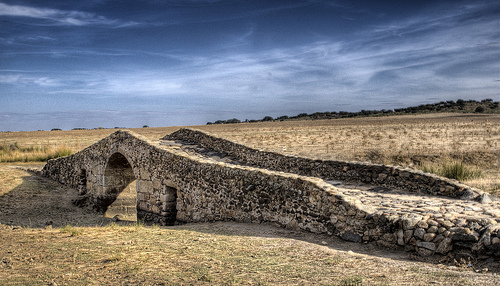 The Via de la Plata is the longest of the Camino de Santiago pilgrim routes at roughly 1,000 km, or six weeks, and is a good deal less populous than the Camino Frances, affording real opportunities for solitude. It runs from Seville, across Spains parched central plain (its probably best not to take this route on in the high summer months; heat is certainly this routes main drawback), passing through the provinces of Extremadura and Castilla y Leon and Caceres, to Salamanca and Zamora.

Soon after Zamora, the trail splits, either going straight on up to join the Camino Frances at Astorga or hanging north-west along the Camino Sanbres through Ourense. This is the best route for archaeology buffs: a gold-trade route mentioned by Pliny the Elder, large sections of this route have remained unchanged for over 2000 years. It is scattered from top to bottom with Roman remains and structures, still in use today, and also gives the strongest taste of Spain under the Moors, whom St James is credited with driving out of the country many centuries after his death. In a way, this is true, for the wish to keep the routes to his burial-place safe for pilgrims was a primary driver for Europes leaders to give the Spanish a hand.

For a suggested itinerary and a lovely photographic taste, try: http://santiago-compostela.net/vdlp/index_cv_en.html 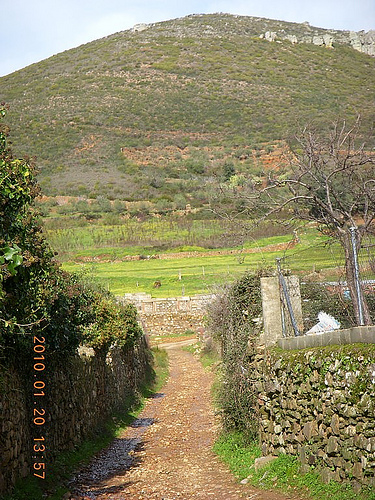 Via de la Plata Alison Raju/Cicerone - reliable walking guides, though the one-star review suggests that this edition could do with updating

The Roads to Santiago: The Medieval Pilgrimage Routes Through France and Spain to Santiago De Compostela Derry Brabbs/Frances Lincoln Publ.: architecture-heavy overview of all the routes; good preparatory reading, but too unwieldy for a backpack

The Pilgrimage Road to Santiago: The Complete Cultural Handbook David M Gitlitz and Linda Kay Davidson/St Martins Press: cultural  everything from architecture to folklore  guide to the Camino; not much use as a walking guide, but exhaustively fascinating for those who want to look up from the path

The Confraternity of St James sells detailed booklets on all the routes through its bookshop: http://www.csj.org.uk/bookshop.htm

The Camino: A Pilgrimage of Courage Shirley Maclaine/Pocket Books: actress and celebrated bonkers-womans entertaining account of her spiritual experiences along the path.

As I Walked Out One Midsummer Morning Laurie Lee/Penguin: the Cider with Rosie authors lyrical account of his coming-of-age year walking across pre-civil-war Spain, still full of echoes today

Its a thousand kilometers long. Anything that covered the whole of it would be too small to be useful for a basic map of landmarks along the way, click on maps here: http://www.godesalco.com/camino/plata

Stanfords: www.stanfords.co.uk. An excellent (and user-friendly) online specialist source of worldwide maps (it is also good for guidebooks).

April -June, September-October. Most times are fine, but July and August are inadvisably hot  and, in the hill country, the Winter is bitter.

Running from the deep south across Spains baking central plain, expect soaring temperatures in Summer months. In the north, though this route doesnt pass through the seriously wet Biscay trails, prepare for some rain.

Some followers of this route use organizers to transport their luggage. See Guided or independent below.

No permits are needed to do this walk. However, a Pilgrims Passport (see Other Information and Tips, below) is a very useful document and will open doors that would otherwise remain firmly closed.

The route, partly paved road and partly footpath, is well-marked with both the scallop shell pilgrim symbol, bright yellow painted arrows and an occasional arrow of local cobbles.

Youd be a fool to go to Seville and not spend a day or two sampling its rich heritage, but when youre ready for the off, the path begins at the blue-and-gold seashell waymark let into the wall of Sevilles wonderful Moorish cathedral, and leads off through the citys shady maze of streets, out across the Guadalquivier river and north through parched, plane-dotted Andalusian sierra.

This is a long, open, unshaded walk, where white, palm-spiked villages come as welcome relief and where relics of its Roman origins abound: long stretches where the road is almost completely straight, mile after mile through the red earth, passing through Santiponce, site of Italica (the first non-Italian Roman city) Monasterio, Zafra (a largely commercial enclave with a charming old centre) to Merida (220km) with its many-arched Roman bridge and aqueduct, Arabic fortress and, on the far side, Roman lake, and on past more roman bridges, milestones, walls and artefacts to Caceres (80km), capital of its autonomous region.

Walled Caceres, with its almost-perfect Medieval township and its wonderful mix of Roman, Islamic, Northern Gothic and Italian Renaissance architecture, is a deserved World Heritage Site and absolutely justifies a leisurely pit-stop. The route climbs northward through the rough, parched, poor farmland of Avila (the vast majority of the New World émigrés came from the scratch farms of the southern regions, and one can see why), passing copious Roman arches, villas, bridges and their characteristic pillar milestones, through Canaveral, Caparra, with its archaeological sites, and the historical spa town of Banos de Mayor, the land gradually greening with olive groves as the mountains of Castille rear up to greet you, until it reaches Salamanca, a worthy rest-stop, some 200km later.

This ancient city and World Heritage Site, fought over for 300 years by Arabs and Christians, is stuffed with archaeological and architectural wonders dating back to the Romans and beyond. Its also a vibrant university city with much to offer in terms of life and colour.

The next major stop (80km) is Zamora, a city that was at its most powerful between the 10th and 13th centuries, which has been well preserved by the poverty it fell into afterward. Some 50km later, near Benavente, the route splits; either continuing northward to join the Camino Frances at Astorga (60km) or hanging westwards along the Galician variant via Ourense, another Roman spa town long since subsumed in light industry and the production of chestnuts. Lengthwise, both routes are much of a muchness; but those who would avoid company would be better taking the hillier, more remote, Galician variant.

You can do this walk independently.

Various organizations can arrange expeditions, and, given the length of the routes and sparseness of accommodation in places, this could be very useful logistically. Bear in mind that the religious/spiritual elements of a group can vary hugely when choosing your company. Operators can organise accommodation, meals and picnics, as well as (crucially) luggage transport, while allowing walkers to remain self-guided.

 Follow the Camino - (does the via in sections, but a good place to start)

There is plentiful accommodation in towns and villages on the route; but hostelries seem to open and close at breakneck speed, so guidebooks are not 100% reliable.

Most towns have albergues, or hostels  but they are reserved for pilgrims only. A Pilgrims passport card (see other information and tips) is essential to stay in these. These are of course the most authentic way to travel the Camino, but can be hair shirt and prone to noxiously early and noisy departures keen to bag their space in the next one.

Find hostels along the route at Hostelbookers.com.

To prove that they have completed their pilgrimage (the last hundred km by foot, or 200km by bike) and collect their plenary indulgence, pilgrims secure and carry a credencial card, which they get stamped at inns, bars, restaurants, churches and albergues along the way, and present at the pilgrims office at Santiago de Compostela to receive a certificate. The passport is also essential to prove pilgrim status and gain access to the pilgrims hostels along the way  definitely the cheapest form of accommodation. Passports are available from the confraternity organizations in your country, or from the common start points on the route. For further information http://www.csj.org.uk/how-to-get-a-credencial.htm (UK) and http://www.americanpilgrims.com/camino/credential_req.html (US) are good places to start.

Though its rare for the route to not pass through habitations with shops and cafes, none of these can be entirely relied on to be open (or indeed serving food). Highly recommend making sure you have emergency supplies at all times in case a scratch meal is needed, and sufficient water for the day if you dont want to rely on the pilgrim fountains scattered along the route.

 less exhaustive, but less confusing, too.

 Dedicated Via de la Plata site; in Spanish but translates well via google.

 every Pilgrim Guide you could ever need.

 Try www.flickr.com for pictures of this walk.

See dedicated pages for other routes on the Santiago trail.

Superb opportunities for lovers of history and church architecture, and if youre lucky you might drift through a fiesta or other festival en route. 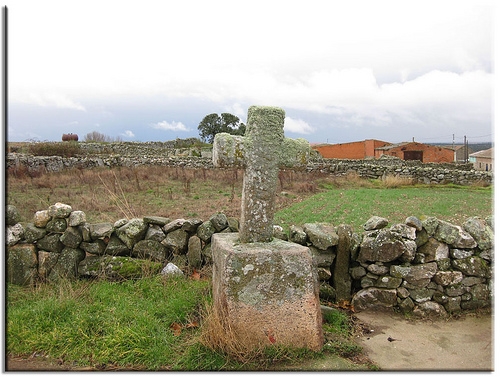 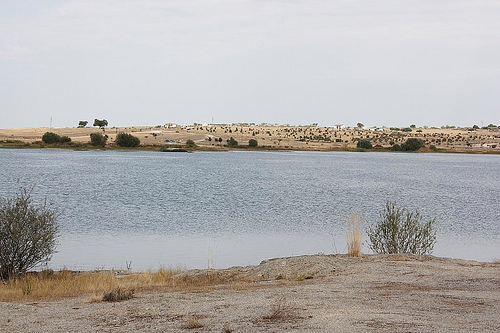